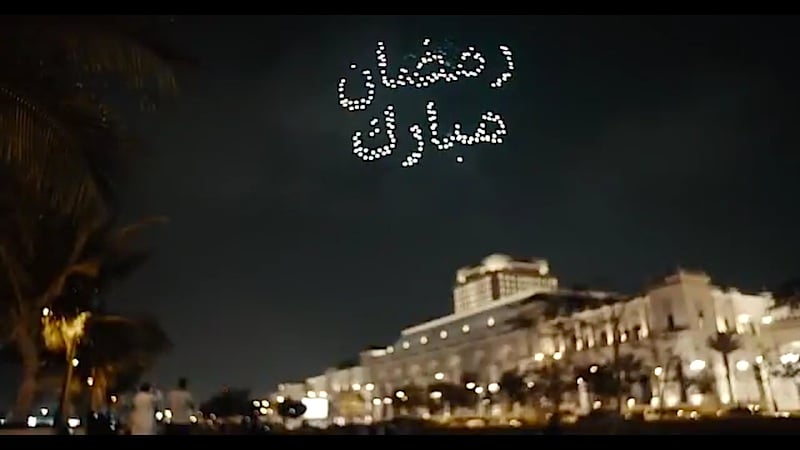 “We displayed the light show hovering above the Jeddah skies, which lasted for over four minutes on the first day of Ramadan as a means to congratulate the residents of the city in one of the most innovative and attractive ways,” a spokesperson for the authority told the paper.

The technique has “not been seen” before in the MENA region, the spokesperson added.

The GEA has announced plans to hold several Ramadan-related events throughout the holy month across the kingdom. Some of the events listed include the Hara Makeya Festival in Makkah, Ramadan football and volleyball championships in Huraymila, and Oswa in Jeddah.

Set up in 2016, the authority has been tasked with diversifying the entertainment options in Saudi Arabia in line with the kingdom’s Vision 2030 strategy.

It has overseen more than 100 events so far, attracting over two million visitors.

The country’s entertainment sector has also provided jobs to 20,000 people so far, the GEA said earlier this month.

The country’s entertainment sector now generates SAR2.02 for every riyal spent on organising an event, it claimed.