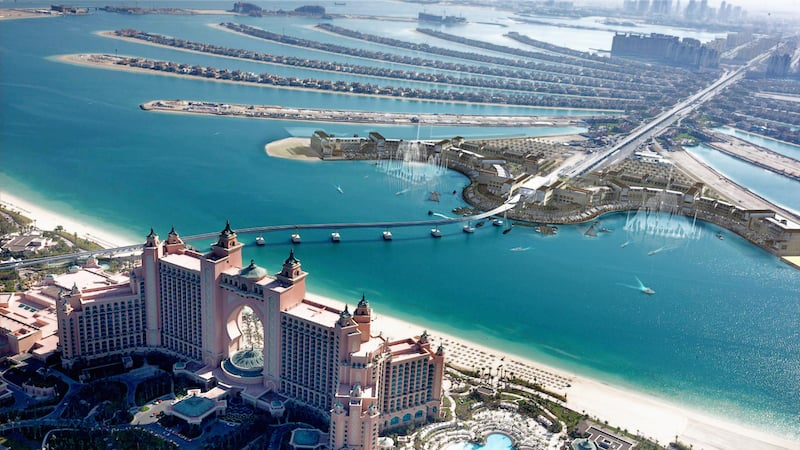 Dubai developer Nakheel has awarded a contract worth Dhs66m (around $18m) for a choreographed fountain at its new The Pointe mall in Palm Jumeirah.

The developer has appointed Chinese fountain specialist Beijing Water Design to deliver and operate the fountain, Nakheel said in a statement.

The fountain will cover a 12,000 square metre area of water at the tip of the island, across the bay from Atlantis The Palm. It will operate in two sections on either sides of the project, a spokesperson confirmed.

Located at the tip of the trunk of the Palm Jumeirah, The Pointe, a Dhs800m waterfront mall, features nearly 70 restaurants, shops and attractions, with F&B making up some 70 per cent of the concepts on offer.

There is also a cinema, children’s play area, supermarket, gyms and beauty salons.

The 1.4-million-square-foot attraction also includes a 1.5km promenade, a car park for 1,600 vehicles, and will have its own Palm Monorail station. There are also plans for boat access from Palm Jumeirah’s hotels and resorts.

Operated by Nakheel Malls, the retail arm of Nakheel, the mall is set to open in Q4 2018, Nakheel confirmed.

Nakheel Malls is rapidly expanding its portfolio and currently has 17.5 million sq ft of leasable space across 19 projects.

The developer is also currently building another major mall in Palm Jumeirah – the $326.7m Nakheel Mall. It features a cinema, 350 shops, restaurants and leisure attractions and an attached tower with a 289-room St Regis hotel and 432 luxury apartments.

The mall is expected to open around mid-2019, according to officials, and will also be connected to the palm’s monorail.