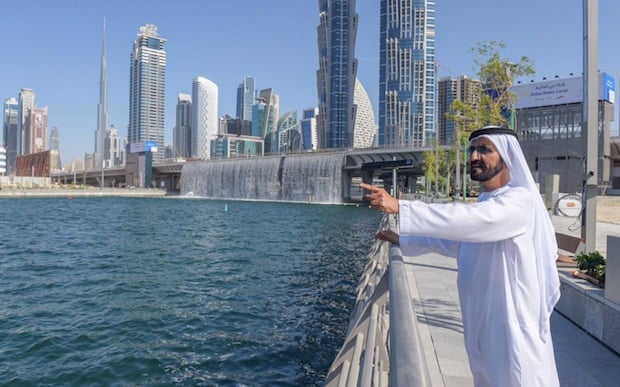 Hailed as a new landmark in modern Dubai, the 3.2km waterway – which will feature the UAE’s longest promenade – stretches through key areas including Business Bay, Safa Park, Al Wasl Road, Jumeirah 2, Jumeirah Road and ends in the Arabian Gulf.

It also links with the existing Dubai Creek, effectively severing the direct connection between a large section of the city and the mainland.

Six metres deep and 120m wide, the canal will have five pedestrian bridges and 6.4km of waterfront.

Currently, the boardwalk and two of the pedestrian overbridges from Business Bay to Jumeirah are open.

Speaking at the inauguration, UAE Vice President and Prime Minister and Dubai’s ruler Sheikh Mohammed bin Rashid Al Maktoum said: “Every achievement and success that we celebrate motivates us to move ahead with confidence, determination and optimism. We are challenging ourselves to generate the best ideas and initiatives.

“Our progressive way of thinking, ambition and positive energy will bring happiness to the people and prosperity to the nation.”

According to Dubai’s Roads and Transport Authority, the canal is expected to attract more than 30 million visitors a year, with a number of hotels and other attractions planned along its shores.

Earlier this month, the first picture of the newly-filled Canal from space was also revealed by authorities. 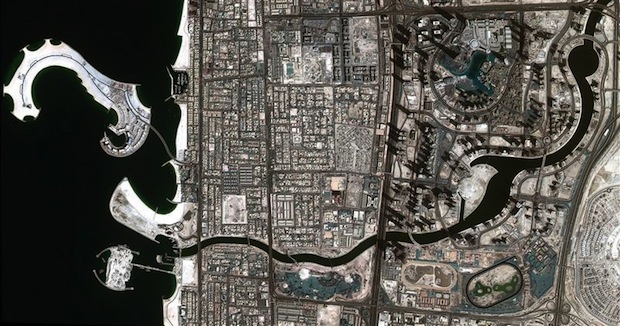