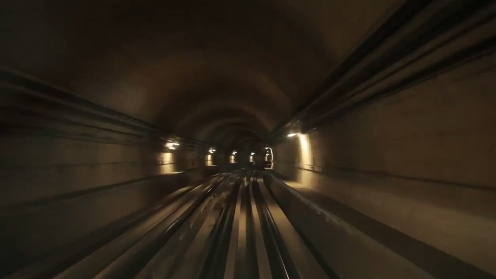 The minute-long clip shows a render of the route the line will take and footage of tunnelling work that is now underway for one section.

Dubai’s Roads and Transport authority awarded a Dhs 10.6bn ($2.88bn) contract for project to the Expolink Consortium led by France’s Alstom in June 2016.

When completed, the 15km route will link the Nakheel Harbour and Tower station on the metro’s Red Line to the Expo 2020 site, passing through areas including Discovery Gardens, Furjan, Jumeirah Golf Estates and Dubai Investment Park.

Around 3.2km of track between Discovery Gardens and Green Community will be underground, with the remaining 11.8km overground.

Of the seven stations, three will be elevated and two underground. The line will be served by 15 trains.