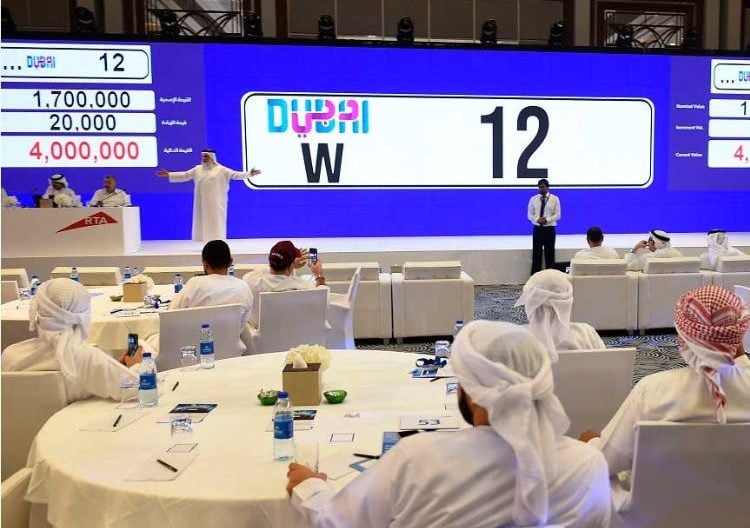 The Dubai car number plate 12 W sold for a whopping Dhs4m at a public auction organised by Dubai’s Roads and Transport Authority (RTA) on Saturday.

During the auction, the RTA offered 90 distinctive two, three, four and five digits for the vehicle plate numbers of the codes I-J-K-L-M-N-P-Q-R-S-T-W-Z.

The revenues of the 101st plate numbers public auction reached over Dhs23.47m.

The RTA said it seeks to organise the auctions according to the market demand. “The large response to these auctions promote healthy competition to obtain these special numbers,” it stated.

In October 2016, a Dubai-based Indian businessman bought the D5 number plate for Dhs33m in what was described as the biggest auction in the RTA’s history.

Balwinder Sahani, owner of property management firm RSG International, beat competition from other VIPs to secure the plate after paying Dhs25m for the number O9 in 2015.