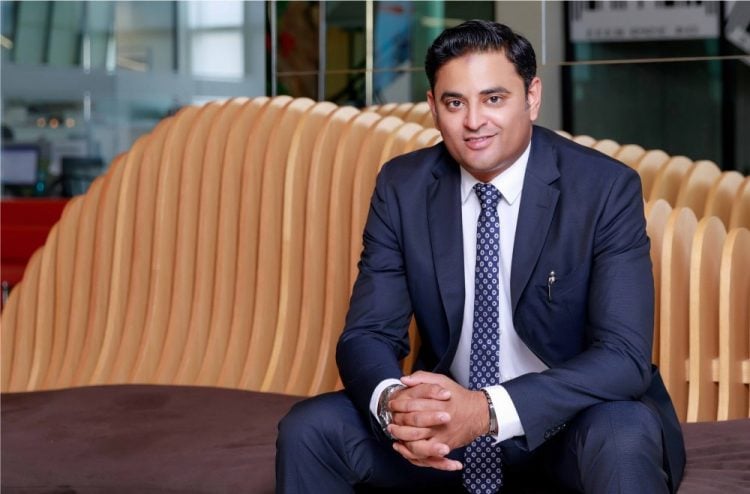 Dubai developer Danube Properties has been posting double digit growth every year since its launch in 2014, according to director and partner Atif Rahman.

The developer – whose projects have mainly catered to the middle income segment – has so far sold up to 95 per cent of its stock.

Four projects have been delivered so far, including Dreamz, and Glitz Residences 1, 2, and 3.

Ongoing projects – including some scheduled for delivery this year – include Starz, Glamz, Miraclz, Resortz, Bayz, Jewelz, Elz Residence and the mega Dhs550m Lawnz project in International City which has over 1,000 units.

And for Rahman, meeting delivery commitments is a key part of what he and Danube stand for.

“When I started the operations for Danube Properties, we were very, very clear on a few things,” he says.

“Number one, we will remain focussed on what we deliver in terms of quality of construction and design of our properties; when we deliver – we always try to achieve timely delivery of our projects; and third is how we are able to target the mid-income segment, which was pretty much a virgin market.”

Rahman asserts that the Dubai market – as with any other international market – is cyclical and that it is essential for developers to adapt.

“I find the market trends similar to driving on Sheikh Zayed Road (in Dubai). Sometimes you hit a curve and you need to reduce your speed. But that does not mean that you have to stop the car. You have to adapt to the changing market conditions, and I think how swift you are able to do that defines the success of the business.

“If you are able to meet the changing demands of the market, of the consumer, I think there’s always a good market. When you talk about the real estate market, we have been in the market for 25 years, and every year we have grown consistently – 20 per cent or thereabouts. So for us, the market has been fabulous.”

For Rahman, who has been exposed to the construction business from a very young age due to his grandfather’s line of work, it is key to build “from the heart”.

“We have the opportunity to make people happy, and that, for us, is the biggest achievement.”

On a personal level, Rahman says he believes he has been blessed with always being in the right place at the right time, which has moulded his success.

Having recently received his Dhs2.1m Rolls Royce Cullinan, the leader cherishes living in the present, asserting that it is impossible for anyone to predict the future.