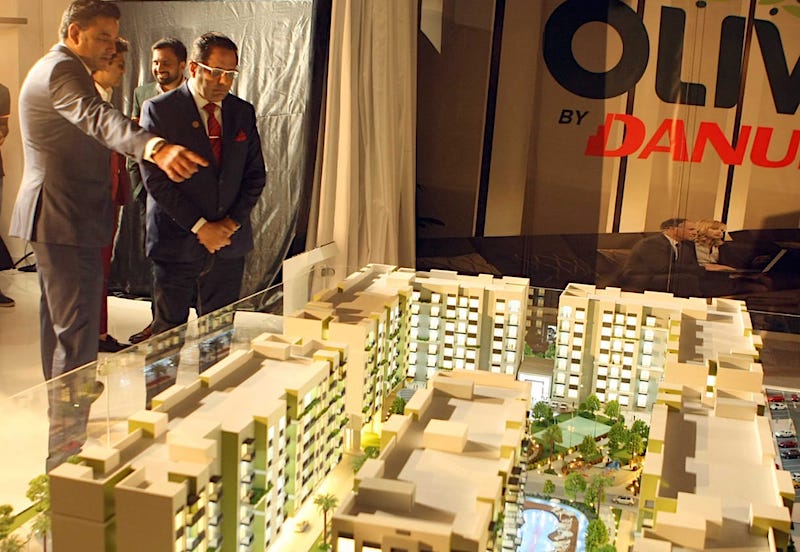 Dubai developer Danube Properties has launched a new Dhs400m project in Al Warsan with 741 residential units, to cater to “strong demand” that it is seeing in the market.

The project, called Olivz, will feature a cluster of buildings with studios, one and two bedroom residential units as well as retail and recreational facilities.

Located close to International City, the project will be spread across 18,016 sqm with amenities including swimming pool, jacuzzi, sunken seating, a water canal, play courts, kid’s play area and a BBQ area. It will also have a gymnasium, health club, jogging track and a party hall with outdoor deck as well as an olive garden.

Construction is slated to begin in September, with completion expected in March 2021.

Despite the current slowdown in Dubai’s property market and the recent volatility in the oil market – which has also seen local stock markets suffer – the company is confident that there is demand among investors.

“I’m expecting very good results [from the new launch] because there are a lot of people who were trying to book the property in advance. The interest has been very strong, and I’m very, very confident that it will be a sellout,” said Atif Rahman, director and partner of Danube Properties.

Rizwan Sajan, founder and chairman of Danube Group, said: “We have seen demand picking up in the last few months as we sold out all our previous projects – that necessitated the launch of Oilvz. With World Expo 2020 around the corner, we see an uptake in housing demand.”

Speaking at the launch, he also stressed that the company only launched a new project after the previous one was about 90 per cent sold out.

“We also start construction on one project before we launch a new one,” he stated.

The company said that it was targeting end-users with the new project and is offering a payment plan allowing investors to pay 10 per cent downpayment and 51 per cent of the total cost by handover.

“The market is slow, but that does not mean that we need to stop trading, we still need to carry on doing business,” said Rahman. “Yes, you need to optimise the business according to market situation, but you don’t stop.

“And even if the market is sluggish, we don’t stop buying bread, butter, milks and egg. These are necessities. I firmly believe that the affordable housing segment is also a necessity. It cannot stop because you cannot build these homes overnight. It takes time. So we are building these for future occupants.

“Dubai today is a developed economy with a heavy population of mid-income segment people and we need to have homes for them.”