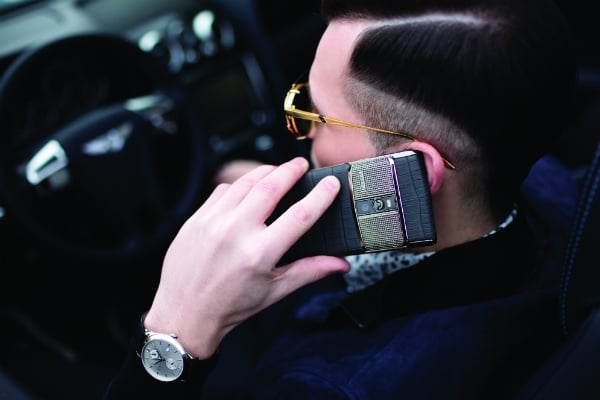 Following a recent buyout and changes at the top, the new chief executive officer of Vertu tells Robert Anderson how the company plans to retain its share of the luxury smartphone market

It has been a turbulent few months at luxury smartphone maker Vertu.

The United Kingdom-based maker of handcrafted devices from exotic materials was sold by Swedish private equity firm EQT in November to a group of investors, including Hong Kong-based fund Godin Holdings, for an undisclosed sum.

This was followed by the departure of chief executive Massimiliano Pogliani and the appointment of his replacement Bill Crotty, who lasted barely three months before passing the reins to the company’s vice president of sales and marketing, Gordon Watson.

“It’s fair to say we’ve been through a significant change,” the new CEO says.

“But the senior management team we have on-board today are all individuals that have been with the company for some years.

“We are the market leader in a category that we created and we want to recapture some of that pioneering spirit that I think has possibly been lost somewhat over the last three years.”

These structural changes coincided with a slump in global luxury spending at the start of the year in key markets including China and the Middle East and the UK’s vote to leave the European Union.

But, according to Watson, the firm has been able to weather the storm.

“The year has been somewhat difficult for some of the hard luxury brands – the Swiss watch brands in particular seem to be the ones most affected by the downturn,” he says. “But here at Vertu we have weathered that very well indeed.

“Obviously there is the short term concern over the way the British pound is performing in the currency markets and we just have to be patient and see how things settle down and where they find their level before we start making any quick judgements on whether we should be increasing prices, decreasing prices in certain markets and so on. It’s very early days still.”

The chief executive, who worked at brands including Dunhill, Gucci and Links of London before his six years at Vertu, says the firm’s business is “pretty much level” with the previous year in terms of sales. A factor he attributes to the perception that its smartphones are tools as well as being luxury objects.

On a Middle East level too he says sales have remained stable, partly due to the company being less reliant on luxury tourist spending in places like Dubai.

“We have a good loyal base of local consumers that buy into our products and use our services so I believe we are weathering the storm much better than most in the Middle East.”

The luxury smartphone maker, which employs around 450 people at its headquarters in Church Crookham, Hampshire and roughly the same number worldwide, has built a name for itself since its establishment in 1998 as a side project of Finnish manufacturer Nokia.

A decade after launching its first device in 2002 its was acquired by EQT for $220m, having helped build a market for handsets constructed of luxury materials including precious metals, leather casings and sapphire screens. 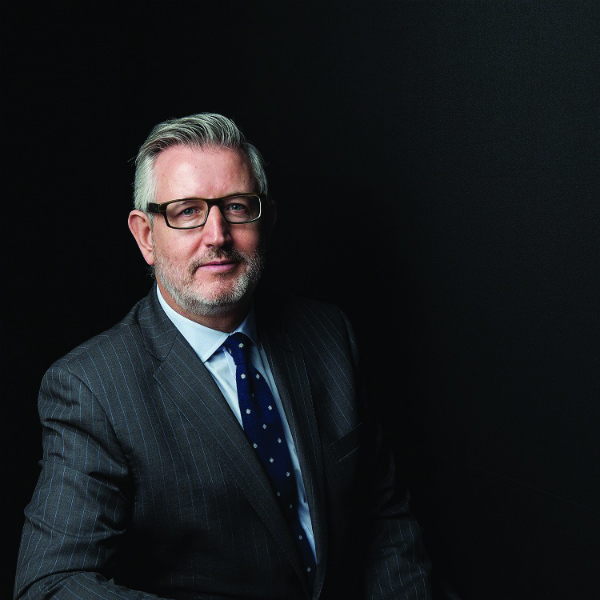 To date it has sold around 500,000 devices, a mere drop in the ocean compared to the billions of more traditional handsets sold worldwide. But when the average price tag is a whopping $6,633 and reaching significantly higher for made-to-order customised models that are popular in the Middle East, it is clearly a quality over quantity approach.

In this area, Watson emphasises that the company wants to “push the boundaries” once again in terms of the quality of materials it offers. There are also signs it is looking to cater to a broader consumer base with a new device designed to replace its entry level Aster collection.

“Generally speaking, a much younger consumer would be the target audience for this particular device,” he explains. Although with a price tag of $3,980 at the entry level, in this case it will still be out of reach for most people.

Meanwhile, at the top end, a sport version of Vertu’s flagship Signature Touch line, which launched in September last year with a starting price of $8,622 and features including titanium plating, a sapphire crystal screen and gull wing doors for the SIM and SD card slots, is also
planned.

The device, which will launch towards the end of August, will be priced at the top end of the line’s price range and be constructed from new materials, with composites combining rubber and leather and matte-blasted ceramics being considered.

“We have done sporting-based variants in other collections and they’ve worked incredibly well in the [Gulf] region,” the CEO says.

In this area too, the chief executive sees room for improvement with an opportunity to make the service much more relevant for consumers in daily transactions.

“We tend to have certain low frequency but high-value services and requests provided,” he says.
“I want to broaden that a little bit more while retaining the low frequency stuff, but bring in higher-frequency usage probably at slightly lower price points and more in line with day-to-day activities rather than life’s luxuries.”

This new approach, which will emphasise services like hotel, car, restaurant and flight bookings over full-blown itineraries, parties and access to fashion shows and other events, will be backed by a new marketing campaign. The firm plans to launch this in the second half of the year.

Watson suggests the campaign will be more about celebrating the company’s heritage than a reaction to competition. In recent years other firms have entered the fray, including Tonino Lamborghini – with its $4,032 Antares line – and Sirin Labs, which launched the $12,574 security-focussed Solarin in May.

“What it [the launch of competitors] does is bring a lot more relevance to the product category,” he says.

“It increases the share of the voice of this product category as well when it comes to marketing and generally awareness. Do I consider them competition? Yes to a certain extent, but I think that we are confident we will retain our market leader position.”

More broadly, he also argues the firm’s niche focus is immune from the trend of slowing sales in the wider smartphone industry being experienced by players such as Apple.

“The Vertu consumer is not looking at what is available on the general marketplace. They are coming to Vertu because they recognise what it stands for, this combination of relevant technology, fine materials and craftsmanship all underpinned by fantastic service element as well. We don’t really stack up for direct comparison with the mass market so we are less affected.”

Still, this has not stopped the firm from looking outside the smartphone market for growth, similarly to the likes of Apple with its watch line.

When asked, Watson suggests there is “definitely” a place for Vertu in the wearables market, arguing, “nobody has quite nailed it” as far as the category is concerned.

“We will take our time and develop a wearable that is relevant to the Vertu consumer,” he says. “So that is not only the technology but the materials and craftsmanship and finally how we incorporate a service element into that device as well.”

In terms of connected devices in smart homes too he sees potential, with the company having partnered with the developer of the upcoming Heart of Europe project at Dubai’s The World islands – to offer property buyers a unique range of phones.

“We are in discussions as to how we incorporate an element of home control within those devices specifically for them. We’re dipping our toes in the water as far as that is concerned in the very near future.”

The firm is also eyeing further partnerships for exclusive devices, building on its long-standing relationship with luxury carmaker Bentley and a more recent collaboration with a Middle Eastern artist to produce a range of phones celebrating Arabic calligraphy.

Looking ahead, Watson says much is going to stay the same at Vertu, despite the new ownership and management. There are no plans to move the company’s manufacturing from the United Kingdom following its acquisition by Asian buyers, he confirms, suggesting this heritage is an “intrinsic part” of its DNA.

Equally he suggests the company is happy with its Middle Eastern footprint, with 11 outlets and 41 points of sale, and will focus instead on working with its regional partners to train staff and maintain a fresh retail experience.

“I’m a great believer that growth should be organic and driven through the existing networks and not just by opening up more stores to try and create more volume,” he says.

“For me it’s all about sustaining sales and managing repeat purchases. That is definitely our focus with the partners n the region.”

But if the company has been weathering the storm so far this year in terms of maintaining sales, its next step will be seeking the clear skies ahead.

“I’m pretty confident that the second half is going to be stronger,” says Watson.

“We have a good portfolio of new products and novelties coming out in the second half with a new product launch in quarter four which I’m sure will keep things going in the right direction for us.”

Saudi oil production is up, but here’s why it has nothing to do with freeze talks