UAE fuel prices are to increase again in September after dipping this month, the country’s Ministry of Energy has announced. 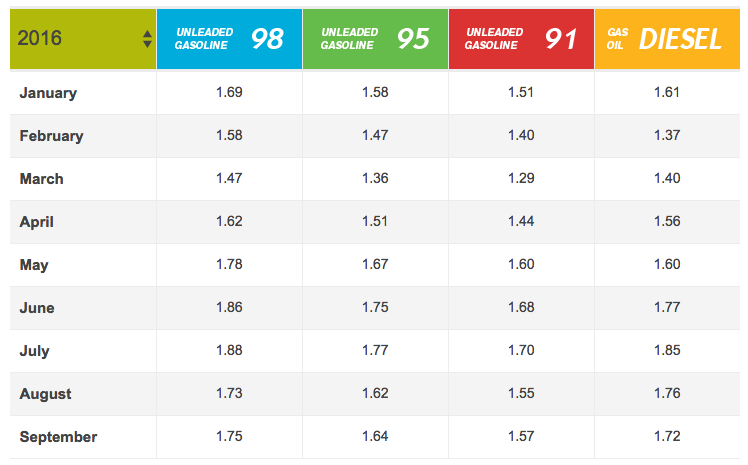 The UAE reduced fuel subsidies last year, instead introducing a system that calculates prices based on global oil benchmarks.

This followed a dip in Brent crude prices from $50 to around $43 in July.

However, Brent crude prices have since recovered, hovering just below $50 at the time of writing.

Saudi oil production is up, but here’s why it has nothing to do with freeze talks