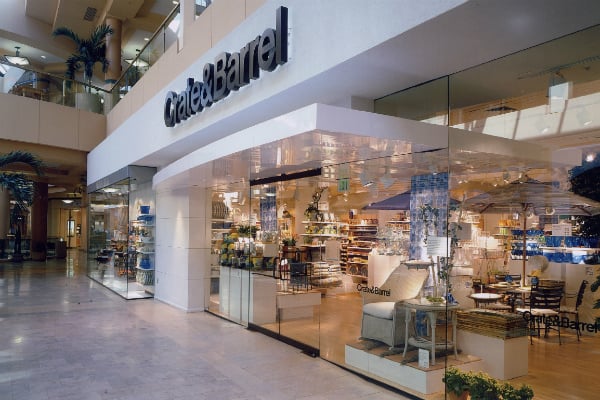 US homeware and furniture brand Crate and Barrel is eyeing expansion across the Gulf and wider Middle East after signing a franchise deal with regional mall and retail firm Majid Al Futtaim.

Speaking to Gulf Business, executives from both companies confirmed they would be looking at Bahrain and Kuwait for their next immediate openings following a 1,500 sqm store in Doha Festival City in Q4 of this year.

“We see the overall region as very interesting for us,” Neela Montgomery, executive chair of Crate & Barrel, told Gulf Business.

“Kuwait would be very interesting to us, maybe Saudi at some point down the line and India even if you broaden the idea of the region.

“But we really think there is a number of markets where the taste level will change and the GDP will grow and the growing middle class will really appreciate the brand.”

Crate and Barrel has been present in the region since 2010 following the opening of its first store outside the US in Dubai in partnership with the UAE’s Al Tayer. It now has more than 100 stores globally.

The deal with Majid Al Futtaim will see the company exclusively operate Crate and Barrel stores and showrooms in Qatar for the next five years.

MAF fashion CEO Rajiv Suri said outside of Kuwait and Bahrain the companies would also look at the possibility of expansion in Egypt next year where the company recently opened a new mega mall.

It will then consider other regional markets, he said.

The brand’s expansion in the region comes amid a mixed forecast for growth in the key UAE market as lower oil prices dampen economic sentiment.

Dubai Chamber of Commerce and Industry said the UAE’s retail market was expected to reach Dhs200bn ($54.4bn) in 2017 and grow by 5 per cent on average each year despite expectations of lower economic growth.

However, other sources have indicated a slowdown in retail spending.

The company cited the redesign of the planned Mall of the World project in Dubai, which was scaled down before being relocated last year, as a sign of the new economic reality in the country.

Despite this, Montgomery said the Gulf region continued to appeal to international brands due to the high GDP per capita and “very high discretionary spending power” seen in the region.

“So I think actually the time is as good as ever if not slightly better than it was some years ago,” she said.