UK general election: What will it mean for trade with the GCC? - Gulf Business 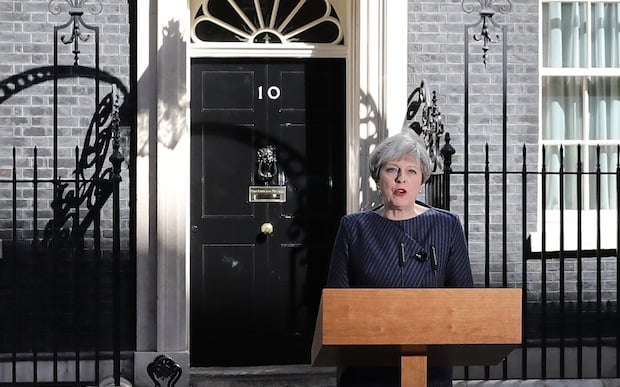 The sudden call for a snap general election in the UK on June 8 by British Prime Minister Theresa May on Tuesday took the country and the world by surprise.

After taking office last year, May also refused to call an early election.

However, while making the announcement on Tuesday, she clarified her stance.

“Last summer, after the country voted to leave the European Union, Britain needed certainty, stability and strong leadership, and since I became Prime Minister the government has delivered precisely that.

“Despite predictions of immediate financial and economic danger, since the referendum we have seen consumer confidence remain high, record numbers of jobs, and economic growth that has exceeded all expectations.”

She also claimed the government had “delivered on the mandate” handed by the referendum result.

“Britain is leaving the European Union and there can be no turning back. And as we look to the future, the government has the right plan for negotiating our new relationship with Europe.

“That means we will regain control of our own money, our own laws and our own borders and we will be free to strike trade deals with old friends and new partners all around the world.

“This is the right approach, and it is in the national interest. But the other political parties oppose it,” she said in her speech.

“At this moment of enormous national significance there should be unity here in Westminster, but instead there is division. The country is coming together, but Westminster is not.”

She added: “I have concluded the only way to guarantee certainty and security for years ahead is to hold this election.”

May has been focussing on growing ties with the Middle East and specifically with the GCC region since becoming PM last year.

Total international investment into the UK from the Middle East topped Dhs15.1bn in 2016.

She attended the annual Gulf Arab summit in Bahrain last December, and earlier this month, she also met with Saudi King Salman in Riyadh.

Following her meeting in Saudi Arabia, May said the UK supported the kingdom’s Vision 2030 plan.

“As a world leader across a range of sectors, the UK is well placed to help Saudi Arabia deliver these vital reforms,” she said.

There were also bilateral discussions regarding investments, trade and security.

May is also looking to finalise a free trade agreement for the whole of the Gulf. As a member of the European Union, Britain cannot currently sign the agreement, but according to Gulf officials a draft could be ready within months.

If signed, it will be only the second GCC-wide Free Trade Agreement to be signed with a non-Middle East country – the first was signed with Singapore in 2013.

“The general consensus of our clients indicates that the current conservative administration is proving itself to be pro-trade,” said John Martin St.Valery, founder and CEO, Links Group.

“Its focus on this region in particular through the establishment of a GCC-UK free trade agreement is certainly welcomed and the post-Brexit narrative, at least in the UAE, has always been about how the two countries can continue to strengthen bilateral ties and double their reciprocal trade to reach GBP 25bn by 2020.

“We would hope that this goal remains unaffected by any change in the UK’s political leadership,” he added.