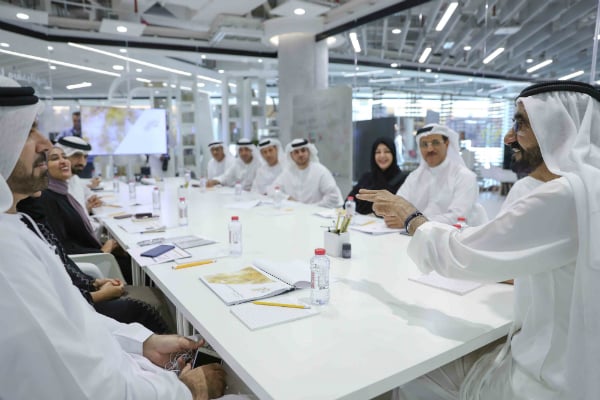 The UAE has so far raised Dhs1.6bn ($435.6m) through CSR initiatives, private and public sector and individual donations as part of the national strategy for the Year of Giving.

The figure was announced during a meeting of the Year of Giving Higher Committee chaired by Vice President, Prime Minister and Ruler of Dubai, His Highness Sheikh Mohammed bin Rashid Al Maktoum.

During the meeting, Sheikh Mohammed approved 10 new initiatives and work policies to “cement the UAE’s role as a philanthropic leader in the region” through a framework for private and public sector institutions.

“We have three months left in the Year of Giving, this final stretch is the most important. Our goal is to expand further on our humanitarian policies, ensuring that we multiply our efforts to deliver even more goodness to all parts of the world.”

Among the initiatives approved by Sheikh Mohammed was a CSR smart platform to provide public companies with private sector opportunities to participate in development and community projects.

A specialised volunteering platform was also adopted to provide incentives for skill-based volunteers and two other programmes to setup a mechanism to encourage federal and local government employees to volunteer and a list of volunteer opportunities in government for all segments of society.

Other initiatives included a smart platform for development and charity work to provide pertinent information on humanitarian, charitable and developmental institutions in the country, with the goal of achieving integration between them, and the giving card initiative to encourage people to donate in cooperation with charities and banks.

The Dubai ruler also adopted an initiative to encourage knowledge sharing between local development institutions and humanitarian organisations, a professional diploma for humanitarian development and the National Giving Survey to evaluate attitudes and actions towards philanthropy in the UAE.

The five pieces of legislation approved by Sheikh Mohammed covered CSR, volunteerism, community service and the establishment of a Coordinating Council for Charitable and Humanitarian Institutions.

These included the National Strategy for Volunteering 2021 to promote volunteering in the UAE with the goal of becoming a regional and global leader in the field and the Development Plan for Humanitarian and Charitable Institutions to enhance the role of humanitarian institutions to improve their performance and enhance their scope and services.

The Year of Giving was launched in 2017 by President His Highness Sheikh Khalifa bin Zayed Al Nahyan “to institutionalise and ingrain the value of humanitarianism in the nation”.

Read: UAE President declares 2017 as the ‘Year of Giving’

So far, more than 2.8 million volunteer hours have been registered and 141 institutions have offered 716 volunteer opportunities in various fields. There have also been 275,000 volunteers registered through the National Volunteer Platform.