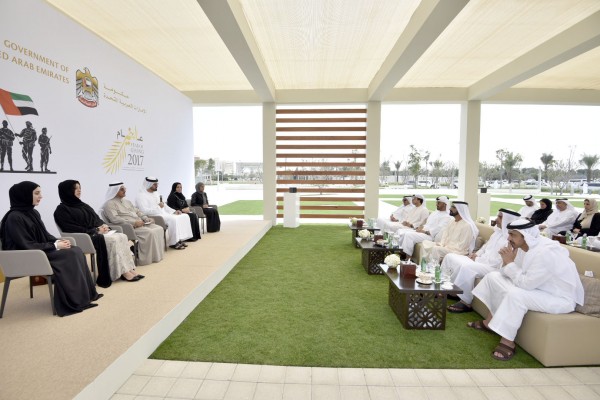 The United Arab Emirates yesterday launched the national strategy for its ‘year of giving’ agenda to promote philanthropic and humanitarian work with a number of measures that will impact private sector firms.

The plan includes 1,000 government backed initiatives and intends to “ensure that private sector companies contribute their fair share to the development of the country”, according to state news agency WAM.

This will be enforced through new measures including the mandatory disclosure of corporate social responsibility (CSR) activities, which will be linked to the renewal of companies’ trade licenses, and a new government procurement initiative awarding a percentage of contracts to firms that excel at CSR.

The first pillar aims to engage private sector firm in development projects as part of their CSR objectives, the second aims to promote volunteerism in the country through volunteering programmes and the third emphasises the need for individuals to contribute to the prosperity of the nation.

The fourth pillar will support the development of humanitarian organisations in the country, the fifth will aim to establish a legislative framework to enhance the governance of charity work and the sixth will aim to use the media to support the year of giving and promote its objectives.

“The national strategy serves as a detailed roadmap for philanthropic and charity work in the UAE through a series of unique programmes and initiatives that reinforce the status of the country as a beacon of humanitarianism,” said Mohammad bin Abdullah Al Gergawi, minister of cabinet affairs and the future and chairman of the Higher National Committee for the year of giving.

“It reflects the vision of our wise leadership to make giving an integral part of social and corporate culture with the participation of all segments of society.”

Included in the CSR pillar is a smart application directing the contribution of participating companies in line with priorities. There will also be a CSR Coordination Forum event for private and humanitarian sector organisations which will lead to the formation of action committees to coordinate efforts.

Other plans include the mandatory disclosure of CSR activities and the awarding of a percentage of government contracts to firms that excel at CSR, requiring a modification in standards relating to contractors and suppliers.

CSR results will be tracked through a national index that will recognise top performers. Firms will also be able to achieve a CSR mark to showcase their contributions and a limited number of companies will be given a CSR passport that have translated their social responsibility into an effective partnership with the government.

In the volunteerism category 11 initiatives were announced including a national online database of volunteers and volunteering opportunities and a programme for training those interested in the sector.

There will also be volunteer opportunities at government entities and a corporate disclosure system to evaluate corporate volunteering hours in comparison to their employee headcount with a new points system for volunteerism efforts.

The UAE is aiming to reach two million hours of general and specialised volunteerism this year and register 200,000 volunteers in the database with the aim of saving beneficiaries organisations Dhs200,000.

In the humanitarian field the country will launch a smart platform for charity work and a professional diploma. A donation system through ATMs and credit cards will also be launched.

While in the media sector, the National Media Council will seek to coordinate with outlets to embrace social responsibility under plans to generate Dhs1bn of media content.

Charitable acts will be featured on a smart app and media professionals will be encouraged to cover them, as well as host workshops and conduct research studies to contribute.

On the legislative side the country aims to regulate all volunteerism, social responsibility, endowment and community service activities within legal frameworks – with the latter able to be applied for prison sentences of no more than six months.

The country also aims to entrench a culture of giving through a national survey, the ‘100 days of giving’ school initiative, a market for low income families and the encouraging of restaurants to introduce ‘giving’ menu options.

Finally, the serving the nation strategy will encourage young people to service the UAE in 100 fields and at 100 national development projects.

Local youth councils will be encouraged to visit monuments that symbolise serving the nation and one young Emirati man and woman will be selected as pioneers of giving on social media. A national idol programme will also seek to recognise role models that serve the nation.

The country aims to allocate five awards to acknowledge service to the nation on top of registering 20,000 young nationals and organising 70 youth council visits.