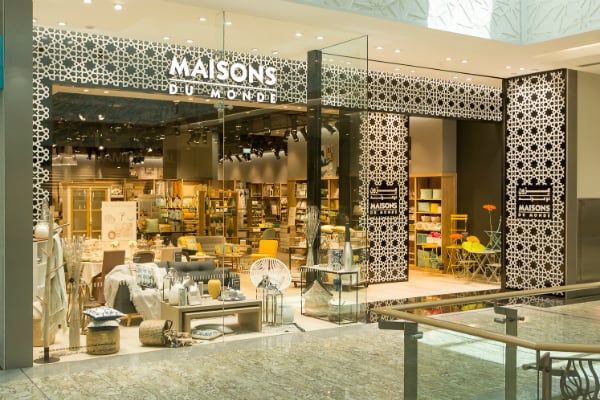 Under the deal, the two opened a new 500 sqm Maisons du Monde store in Dubai’s City Centre Mirdif, adding to group’s 289 in Europe.

No plans for other stores were revealed, but Catherine Filoche, general secretary in charge of franchise development at Maisons du Monde, indicated the brand was seeking to expand its franchise activity in the region.

“We are excited about this new partnership with Majid Al Futtaim Fashion, which allows us to develop our franchise activity in the Middle East,” she said

The deal marks MAF’s further entry into the homeware category after signing a franchise deal with US brand Crate and Barrel in April.

This will see a 1,500 sqm store open in Doha Festival City in the fourth quarter with other potential expansion to come in Saudi Arabia and Kuwait.

“This is an important step for Majid Al Futtaim Fashion to broaden the brand portfolio and diversify the offering,” said MAF Fashion CEO Shireen El Khatib.

“We have identified a growing trend linking catwalk fashion and home design with prints and colours from the runway accessorising customers’ homes, a strength we found within the Maisons Du Monde brand and products and we are therefore very excited about launching it in the Middle East.”