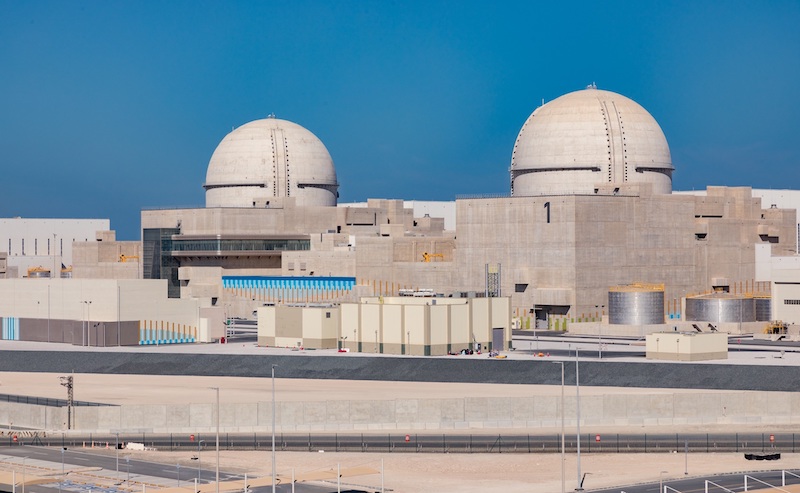 The construction of the second unit of the UAE’s Barakah nuclear energy plant has been completed, the Emirates Nuclear Energy Corporation (ENEC) has confirmed.

It comes after the ENEC completed fuel assembly loading into Unit 1 of the plant in March, marking the start of nuclear operations.

In the next phase, Nawah will focus on completing the operational readiness preparations, testing, regulatory inspections, and international assessments to obtain the operating licence for Unit 2 from the UAE’s independent nuclear regulator, the Federal Authority for Nuclear Regulation (FANR).

Unit 2 has already completed a number of individual and combined system tests, including Cold Hydrostatic Testing (CHT), the Structural Integrity Test (SIT), and Integrated Leak Rate Test (ILRT) as part of the first phase of its initial testing programme (ITP).

The ITP aims to ensure that the Unit’s systems operate in accordance with the highest industry standards and will continue to do so during the operation of the plant over the coming decades.

ENEC and Nawah, along with prime contractor and joint venture partner KEPCO, are also conducting a comprehensive review programme in preparation for operations to ensure that the people who will operate and maintain the plant also meet the required standards of competence and readiness.

As per UAE nuclear law, the construction and operation of nuclear energy plants are subject to regulation by FANR, and once Nawah staff have confirmed that the plant, its people and related programmes, processes and procedures are all ready, they will seek the approval of FANR to begin the loading of the first nuclear fuel assemblies and commencement of the start-up of Unit 2.

Prior to granting such approval, FANR is carrying out detailed inspections and reviews of all aspects of the plant and the operating organisation.

In addition to FANR’s review process, Unit 2 and its operating team are undergoing a number of assessments by independent international nuclear energy experts from the World Association of Nuclear Operators (WANO).

Mohamed Al Hammadi, CEO of ENEC said: “These achievements highlight the benefits of building four identical reactors simultaneously, as the lessons learned during the construction of Unit 1 have contributed to the successful development of Units 2, 3 and 4 of the Barakah plant.”

Located in Al Dhafrah, the Barakah plant is one of the largest nuclear energy new build projects in the world, with four APR-1400 units under simultaneous construction.

Once the four reactors are online, the facility will provide for around 25 per cent of the country’s electricity, preventing the release of up to 21 million tonnes of carbon emissions annually – the equivalent of removing 3.2 million cars off the roads each year.