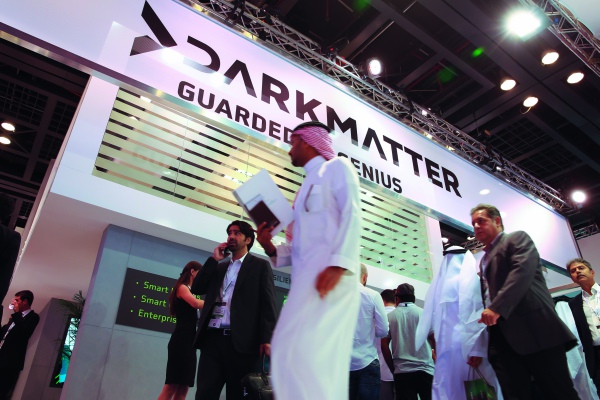 CEO Faisal Al Bannai, who also founded local mobile retailer Axiom Telecom, has made it a priority to bring top talent to the firm due to a general shortage of cyber security experts globally.

Since its formation just over two years ago, DarkMatter has increased its headcount dramatically from around 30 initially to more than 480 today. It also now has offices in Finland, Canada and China with around 20 per cent of staff located outside of its UAE home base.

The company has also brought on board the former CFO of Aerospace and Engineering services at Mubadala, Samer Khalife, Yahsat and General Dynamics veteran Hisham Fadel and former Qualcomm chipset engineer Suresh Bollapragada.

Al Bannai said the intention is to reach 650 staff in total by the end of the year with particular focus on technical expertise.

“We are ok from a funding point of view but what we need is to continue accelerating our hiring,” he said.

“The UAE is where our headquarters is but this is a global player growing globally and our aim over the next three to five years is to make a massive impact on the global market.”

DarkMatter used this week’s Mobile World Congress event to announce a new secure communications suite including its own smartphone.

It has also announced plans in other areas including cryptography, bitcoin database technology Blockchain and big data.

Many of these are inline with UAE government objectives, with public sector departments among its key anchor clients.

In December, the firm’s Pegasus unit signed a memorandum of understanding with Dubai Police to formalise a partnership for a big data analytics solution to help solve and prevent crime that could eventually be offered commercially.

It is also working with the Dubai government on smart city projects ranging from a happiness index to capacity planning, according to Pegasus CEO Peng Xiao.

“We’re always looking at new opportunities both in terms of technology partnerships and new commercial markets, we believe you’ll see us expanding throughout,” he said.