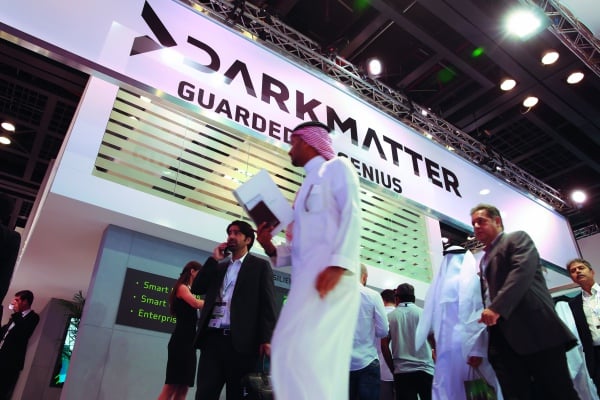 At first glance, cyber security firm DarkMatter appears as mysterious as the material it is named after – said to be completely invisible to the entire electromagnetic spectrum.

After keeping a relatively low profile when it began operations last year, the company has emerged as a major sponsor of technology events in 2016, with rumours swirling online as to its actual purpose.

But if DarkMatter itself is unfamiliar, standing at its helm is a name many in UAE business circles will know immediately.

Faisal Al Bannai, credited with founding mobile retailer Axiom Telecom in 1997 and turning it into a $2.2bn business, is eyeing his next success story, with the aim of putting the UAE on the cyber security map.

The key to doing so, he suggests in an interview with Gulf Business, will be doing what no other cyber security firm has done before – anchoring itself and its key security experts in the Gulf region.

“The region is spending a lot on technology through smart cities, upgrading infrastructure and some other things,” he explains.

”But there hasn’t been any serious player headquartered here and having any anchor team members here in this region.

“Most of the global players might have offices in this region but in reality their key subject matter experts are really based in their home market, whether it’s the US, UK or France, because frankly that is where their anchor customers are.”

It was with this in mind that DarkMatter was incorporated in 2014 and work began on “attracting some extremely exceptional talent” to the UAE.

Now on the roster is a team including the former managing director of Cisco UAE Rabih Dabboussi, former head of cloud security at Salesforce Harshul Joshi, the CTO and co-founder of encrypted messaging app Wickr Dr Robert Statica and the former CFO of Aerospace and Engineering services at Mubadala Samer Khalife.

Crucial to attracting this talent in a global market facing a shortage of cyber security experts has been deals with some significant anchor clients, Al Bannai suggests, particularly UAE government entities.

“Working with anchor UAE government entities and being a sole partner for them definitely helped the company scale up,” he says.

“If you don’t get – in the early days – a good amount of anchor clients you will normally struggle as you try to grow and really attract exceptional talent.”

Now on firmer ground the company is looking to take business away from some of the larger players in the field, with the promise of experts closer to home.

Al Bannai cites the setting up of the company’s secure communications division where it was able to attract Michael Pak, the former head of security and privacy engineering at Google Nest and VP of security R&D for Samsung Electronics, as well as staff from Blackberry and Qualcomm, as an example of its executive lure.

But this is not to say the company will compete with global firms in all areas.

In April it confirmed a partnership with American firm Symantec Corporation to provide security solutions and services to customers.

“Although we compete with some of these companies, not mentioning their names, they are also our partners,” he says.

DarkMatter’s appearance from seemingly nowhere comes at an interesting time in the global cyber security landscape.

Annual losses from cyber attacks now exceed $7.7m on average per large organisation globally, according to the Ponemon Institute, and they are also in the headlines. Last month saw one of the largest distributed denial-of-service (DDoS) attacks ever seen, with an army of compromised connected devices used to to bring down popular websites including Twitter, PayPal, Amazon, Netflix and the New York Times.

More locally, the UAE has become the target for 5 per cent of the world’s cyber attacks, according to some estimates, with the frequency of attacks increasing 500 per cent over the last five years. Among them, the targeting of several UAE banks with DDoS attacks last year, impacting e-banking and websites.

Al Bannai links the increasing frequency of attacks against the country to its visibility in the media and role as a transit point for so many people, but also to rising connectivity as cities like Dubai seek to become the smartest in the world.

“It [smart city plans] is very efficient to the city and economy and way of life but at the same time more connectivity, more digitisation means more risk when it comes to cyber security,” he says. If you are in the Stone Age there is no cyber security issue.”

However, while plans to add connectivity to every aspect of life, including water, power, transport and other systems, as part of the smart city vision may increase a city’s vulnerability to cyber attacks, Al Bannai suggests a key differentiator is how governments try to address the issue.

“There is no silver bullet. What we are preaching at DarkMatter is you need a holistic approach to cyber security. You can’t just say I’m going to buy this piece of hardware or issue this regulation here or there. You need to do a whole host of things,” he suggests.

He adds that these include vetting the technology being installed for critical infrastructure, building the right reference architecture and security operations centre, and issuing the right products with full visibility on the source code to how it is being deployed.

Then there is the need for a broad overview of how cyber attacks could impact a city where all the key systems are connected.

DarkMatter is aiming to position itself at the centre of this process through the recent launch of its cyber resilience platform, a citywide dashboard to assess and predict cyber risk and predict how an attack on one entity could affect another.

In other areas too it is aligning with UAE government objectives. Most noticeably with its own solutions and advisory services for bitcoin database technology, blockchain. 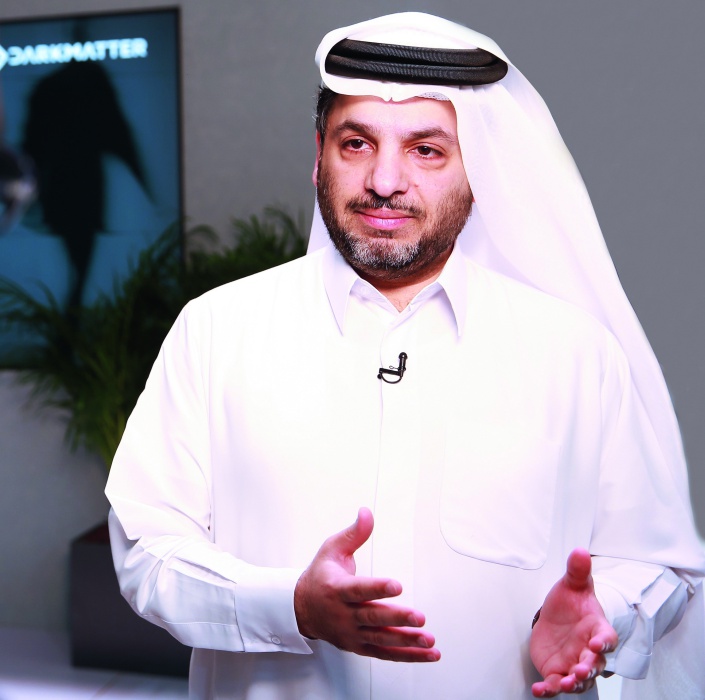 Last month the Dubai government announced plans to use blockchain, which is valued for its transparency and apparent resilience to tampering, for all government documents by 2020.

“Due to it being a new technology relatively, there is still a lot of unknowns and still a lot to be figured our when it comes to blockchain and especially blockchain security,” Al Bannai says.

This approach will eventually see the company partner with blockchain solution providers to handle authentication, identity management and other security requirements for government clients. While it is also seeking to become part of government plans in other areas.

For example, its information management unit Pegasus is part of the Dubai Future Accelerators project where it is helping Dubai Police to use big data and analytics with behavioural, genetic and biological data to help solve crimes and track criminals.

Despite the firm’s obvious links to the local government, Al Bannai says it went through the same application process as everyone else with only 30 companies from 2,274 applications chosen for the 12-week programme.

“We’ll be making a few announcements over the next few weeks where we are signing up with partners but also partnering with some of the other companies that are part of this accelerator to further enhance the proposition for both sides,” he says

“As I said, we don’t see ourselves as an entity doing everything for everyone. There are things we will do ourselves, there are things where we will partner with others and we will add further parts to it where we add our security flavour to it.”

This strategy is reflected in some of the other recent partnerships the firm has signed. Among them, deals with Microsoft Gulf to offer public sector clients advanced cyber security solutions, and data storage firm NetApp for big data and analytics solutions.

But one area Al Bannai insists DarkMatter is not involved in at present is surveillance, after reports online suggesting the firm was recruiting staff to assist with a government surveillance programme.

“We as DarkMatter are not in the business of providing surveillance products, not that I see everything wrong with providing law enforcement products in that space,” he says.

“But that is not really part of our product subset that we provide, at least today. It is not part of our roadmap.”

Beyond its plans for products and services, Al Bannai is aiming to boost DarkMatter’s geographic reach and create a truly recognised global name.

In doing so he suggests the Gulf region will remain the company’s “home turf” but it will seek to add to its surprisingly extensive global presence.

Today it has offices in Dubai, Abu Dhabi, Toronto and Finland with further subsidiaries and development centres in Beijing, the DarkMatter chief reveals.

“We definitely have expansion plans across the region and globally,” he says.

When asked if this will involve acquisitions, Al Bannai suggests,“nothing is off the table” and the firm is exploring “different opportunities” but he discloses few details.

However, he does reveal the company will continue its focus on hiring top talent, with one definite avenue for expansion the “acqui-hiring” of specific expert teams, but not necessarily whole companies, to accelerate development in some areas.

“What it takes for us to achieve our objective of being a player in the security space when it comes to technology at a global level is something we will seek and drive,” he says.

“Of course we will have to take a few steps at a time in this regard and build our portfolio and presence gradually.”

As Al Bannai himself admits, turning these ambitious plans into a reality will be a “full time role”, reflected in his reduced responsibilities at Axiom Telecom from CEO to managing director. But is he prepared to hang up his entrepreneurial hat quite yet?

“At the moment I’m focussed on this and lets see how things evolve,” he says.

But as we conclude our chat one thing is clear, we can expect to see a lot more of the name DarkMatter in the months and year ahead.