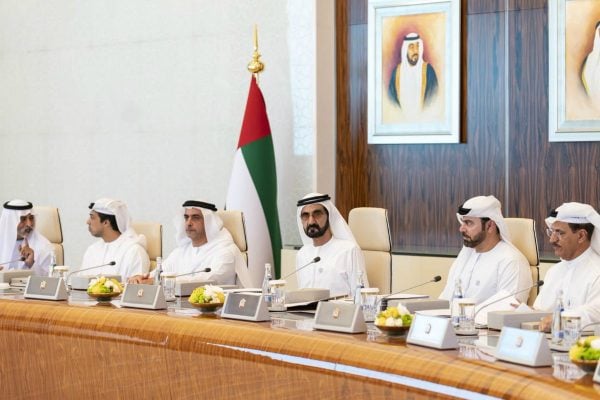 UAE Vice President and Prime Minister Sheikh Mohammed bin Rashid Al Maktoum on Sunday announced reduced electricity charges for the industrial sector and a system to allow expats to retire in the country.

Sheikh Mohammed, who is also ruler of Dubai, said on Twitter the UAE Cabinet had agreed to reduce Federal Electricity Authority charges for the industrial sector.

Power delivery fees will also be cancelled for new facilities.

“We have also adopted a system that allows expatriate brothers to stay long-term after retirement,” Sheikh Mohammed said.

The system includes a five-year renewable visa for pensioners over the age of 55.

Applications will be received from 2019.

Other changes confirmed by the vice president included a “single-day court system at the federal level” for civil cases, unified national standards for state and private hospitals, new control and stamping requirements for precious stones and metals and a second-tier of leadership at the federal government level.

The plans follow a series of regulatory changes and stimulus measures announced in recent months.

The cabinet announced the introduction of new visas for jobseekers and investors and free entry for passengers transiting through the UAE’s airports in June.

A new foreign investment law allowing 100 per cent foreign ownership is also expected to be approved by year-end, the cabinet confirmed in May.

The first phase will cover 50 initiatives that will reflect “the priorities of citizens, residents and investors”, he said.

Oman gets interest from hydrogen investors for mega-blocks