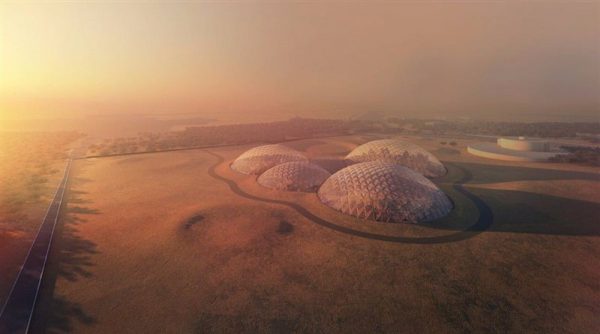 Mars Science City will be the largest space simulation city ever built, covering an area of 1.9 million square feet.

It is designed to provide a viable and realistic model to simulate living on the red planet.

Included within the design are laboratories for food, energy and water that will simulate Mars’ terrain and harsh environment through advanced 3D printing technology and heat and radiation insulation. 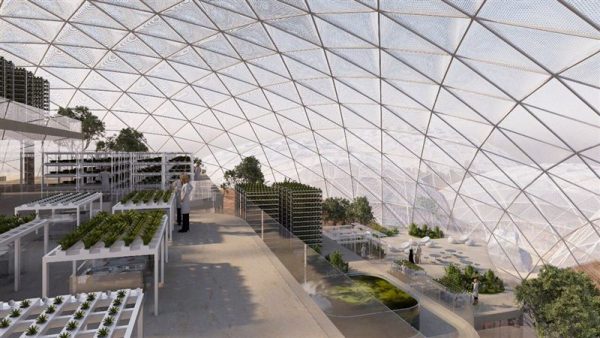 The city will conduct agricultural testing and studies about food and water security to address some of Earth’s key challenges in the decades to come.

There will also be an experiential area where a team will live within the simulated red planet city for one year.

Other parts of the project include a museum, with walls 3D printed using sand from the Emirati desert, displaying the world’s greatest space achievements to educate visitors and encourage a passion for exploration.

The overall structure will be among the most sophisticated building in the world, comprising several domes crafted with innovative construction techniques.

It will seek to attract the best scientific minds globally, according to the announcement. 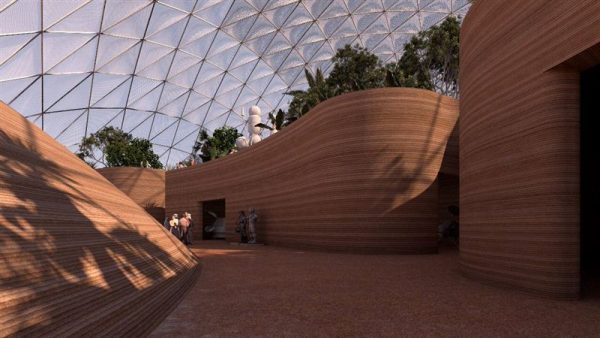 “The UAE seeks to establish international efforts to develop technologies that benefit humankind, and that establish the foundation of a better future for more generations to come. We also want to consolidate the passion for leadership in science in the UAE, contributing to improving life on earth and to developing innovative solutions to many of our global challenges,” said Vice President, Prime Minister and Ruler of Dubai, His Highness Sheikh Mohammed bin Rashid Al Maktoum.

A team of Emirati scientists, engineers and designers led by the Mohammed bin Rashid Space Centre and Dubai Municipality, will carry out the project, in cooperation with architects Bjarke Ingels.

The project forms part of the wider 100-year UAE Mars 2117 plan, which is initially focussed on preparing national cadres for space exploration by developing their capabilities in the fields of space science, research, artificial intelligence, robotics and advanced space technologies.

Over the next five years, the Mohammad Bin Rashid Space Centre is carrying out a plan to deal with the technological, logistical and technical aspects of the project and is undertaking an initiative to send a probe to Mars by 2020.