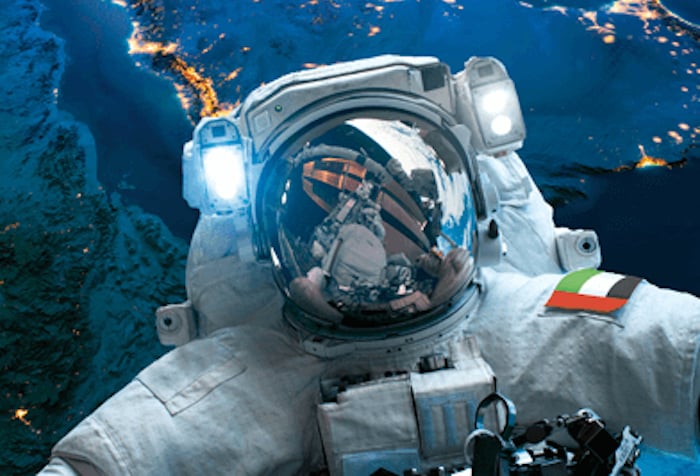 The UAE Space Agency (UAESA) signed onto NASA’s Artemis Accords on Tuesday at the ongoing 71st International Astronautical Congress (IAC) which will conclude on October 14.

NASA’s Artemis Accords, which were announced in May, is based on the vision of the United Nations’ Outer Space Treaty of 1967, to create a safe and transparent environment to facilitate exploration, science and commercial activities.

Signatories to the Accords agreed to conduct all activities for peaceful purposes, and to publicly and transparently describe their policies and plans, reported official news agency WAM.

The #ARTEMISACCORDS is based on a shared vision for principles grounded in the @UN’s Outer #Space Treaty of 1967. It aims to create a safe and transparent environment that facilitates space exploration, science and commercial activities for the benefit of all humanity. pic.twitter.com/3sVc3wsMzD

In complying with open standard requirement, they will additionally strive for interoperability, ensure the provision of emergency assistance, register space objects to help avoid harmful interference, release scientific data publicly, and attempt to protect sites and artifacts of historic value.

Also, they agreed to extract and use space resources in accordance with the Outer Space Treaty and provide public information about the location and nature of operations, while also working to deconflict where necessary and mitigate orbital debris.

“We welcome this initiative NASA has taken to strengthen the broad principles of peaceful human exploration and co-existence in space. As a peaceful space fairing nation, the UAE is pleased to become a signatory of the Artemis Accords, and our endorsement of this agreement is in keeping with our principle of the peaceful use and exploration of outer space to enhance development and sustainability goals here on Earth,” said Sarah Al Amiri, Minister of State for Advanced Technology and chair of the UAE Space Agency.

“It highlights the UAE’s efforts to collaborate with the global community to establish new and improved principles and frameworks that strengthen international laws for space exploration, as we firmly believe that the advancement and diversification of the space sector requires the concerted efforts of all global players.”

“The UAE has always been a proponent of international collaboration, and we have benefited from many partnerships as we have evolved our own space programme. We also make effective contributions to international efforts, to push the boundaries in our shared human knowledge and understanding of our universe.”

The UAE has made significant strides in space exploration within the last few years, with an ambitious agenda outlined for the next few years.

In September, the UAE launched a new mission ‘Rashid’ to explore the moon, which will oversee the locally-built explorer land on the moon’s surface in 2024.

The Lunar mission will make the UAE the fourth country to ever reach the moon.

Read: UAE launches new mission to land on the moon by 2024

The country has stated that it plans to establish maiden human colonies on Mars by 2117 too.

In July, the UAE’s Hope Probe lifted off from the Tanegashima Island in Japan on a 493.5 million km long journey, the country and the Arab world’s first mission to Mars.

Read more: UAE Hope Probe: To Mars and beyond

The culmination of a six-year effort of 200 Emirati engineers and researchers, the Hope probe is expected to enter the red planet’s orbit in February 2021.

A few months prior, Hazzaa Al Mansoori became the first Emirati astronaut after he travelled to the International Space Station (ISS) last year.

Read also: New space technology centre to be set up in Abu Dhabi

Meanwhile, the United Nations for Outer Space Affairs (UNOOSA) and the UAE Space Agency reached an agreement in June to set up a project office in Abu Dhabi too.