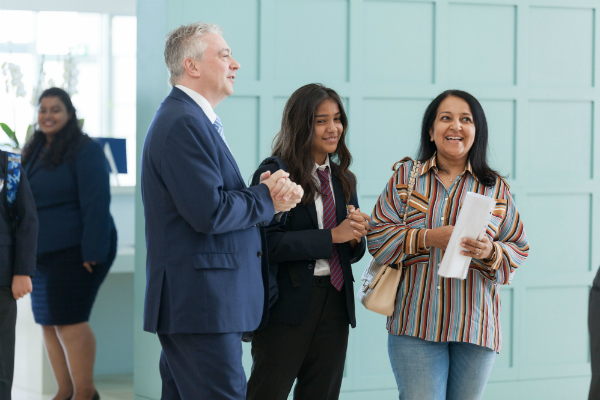 A total of 17 new international schools have welcomed pupils on Sunday at the start of the UAE academic year, according to a study by ISC Research.

The company said the parents of 643,000 children are now choosing to send them to local private, English-medium international schools in the country.

The new openings, which included 13 in Dubai alone, bring the total number of English-medium international schools to 642.

Of these 49 per cent offer UK curriculum and 25 per cent US curriculum, while 20 per cent of pupils are Indian and 5 per cent are British, according to the study.

ISC said most expat families who were sending their children to school under generous benefits packages that covered school fees for dependents had left the region following cuts during the recent period of lower oil prices and were being replaced by an increasing number of Emirati, Arab and sub-continent families.

Both announced their openings on Sunday.

“We have opened a beautiful Dwight School campus in Dubai where we will ignite the spark of genius in each and every child. We welcome our founding families to the global Dwight family.” said Dwight School Dubai head Janecke Aarnaes.

“Our main focus this week, is to settle in our pupils into their new nurturing environment. We will do so by phasing in each year group over the week, and welcoming parents too, creating the foundations for our community of kindness,” he said.

Institutions in Dubai are facing tougher conditions this academic year following a government decision to freeze school fees to reduce the burden on parents.

Read: Dubai orders freeze on rents of educational institutions for a year

A similar cap on rents has been introduced but several institutions have announced they will halt pay rises for teachers and staff.

ISC recorded 9,605 English-medium international schools globally in its 2018 report, up 6.3 per cent year-on-year.