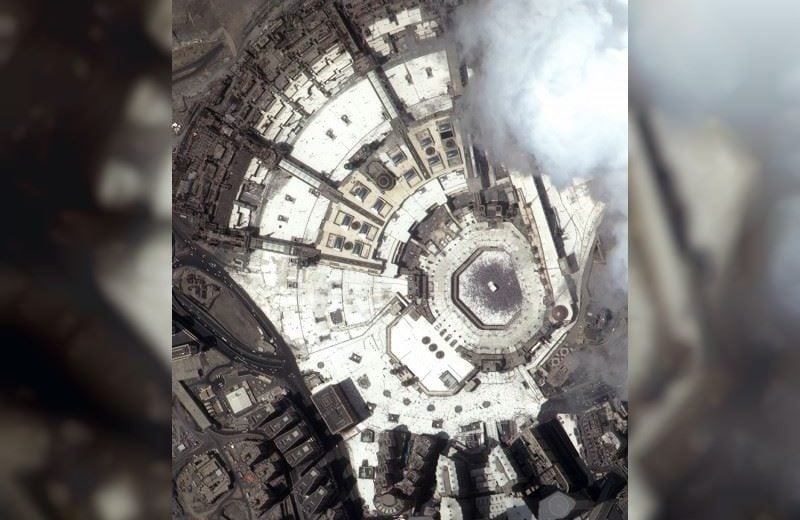 UAE satellite KhalifaSat has captured an image of the Grand Mosque of Makkah on the first day of Eid Al Adha during the Hajj pilgrimage this year from space.

Close to 2.5 million pilgrims gathered in Saudi Arabia to perform the annual pilgrimage this year.

KhalifaSat, a remote sensing earth observation satellite, was manufactured at the Mohammed bin Rashid Space Centre’s facilities by Emirati engineers and was launched into space in October 2018.

It has five patents and seven space innovations – making it one of the most advanced satellites of its category in the world.