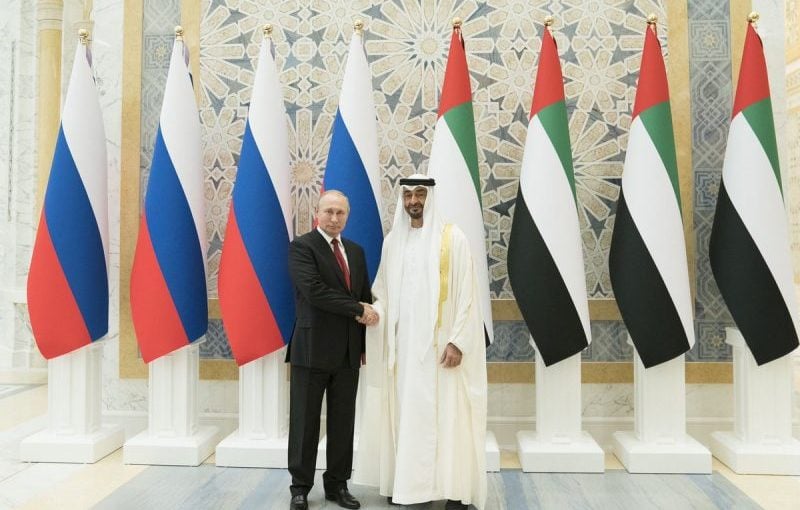 The UAE and Russia signed deals worth over $1.3bn across sectors including energy and trade during a one-day visit by Russian President Vladimir Putin.

They also chaired an economic cooperation meeting, discussing economic, trade and investment ties and ways of developing these sectors.

The leaders also witnessed the signing of several agreements with deals worth more than $1.3bn reached, AFP quoted the Russian Direct Investment Fund (RDIF) as saying.

One of the key deals was the awarding of a 5 per cent stake in the Ghasha ultra-sour gas concession by the Abu Dhabi Government and the Abu Dhabi National Oil Company (ADNOC) to a subsidiary of Russia’s Lukoil.

The concession award marks the first time that a Russian company joins an ADNOC concession.

ADNOC, Lukoil and RDIF also signed a framework agreement to explore potential future cooperation in relation to the Ghasha concession.

An MoU was also signed between Abu Dhabi state fund Mubadala and the RDIF to explore investment cooperation in the artificial intelligence sector.

“This historic visit reflects the strength of UAE-Russia relations, which we will continue to jointly promote at all levels for the mutual benefit of our nations,” Sheikh Mohamed said on Twitter.

Putin’s UAE visit followed a visit to Saudi Arabia on Monday, during which the two countries signed deals worth billions of dollars.