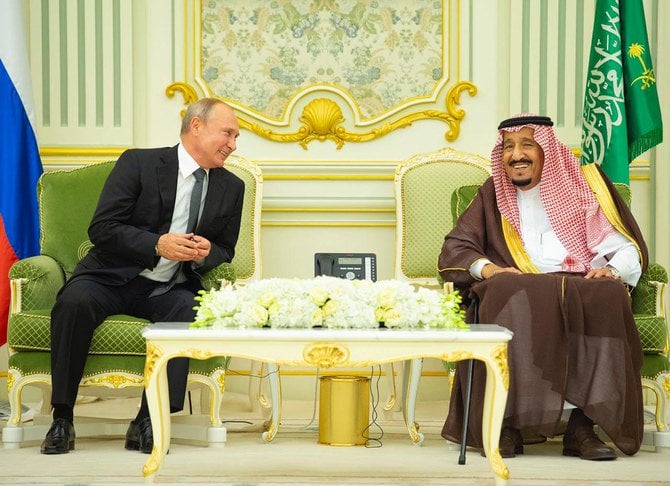 A slew of multi-million-dollar investment deals were signed between Saudi Arabia and Russia on Monday during a visit by President Vladimir Putin to Riyadh.

The key deal was an agreement to bolster cooperation in the OPEC+ group — the Organization of the Petroleum Exporting Countries plus 10 non-members of the cartel, which includes Russia. The group has worked closely to limit oil supply in a bid to push up prices after the 2014 slump.

Putin’s visit comes after last month’s attack on two Saudi Aramco oil plants temporarily knocked out over 5 per cent of global oil supply. Aramco has since restored full production at the facilities.

“Russia attaches particular importance to the development of friendly, and mutually beneficial ties with Saudi Arabia,” Putin said during his visit.

Saudi King Salman told him: “Saudi Arabia values the active role that Russia is playing in the region and the world, and we look forward to working with you to establish security, stability and peace, to counter extremism and terrorism, and to promote economic growth.”

Earlier, officials had said that Saudi Arabia will agree to invest about $2bn in Russia in deals with the Russian Direct Investment Fund (RDIF) during the visit.

The deals are part of the $10bn in investments pledged previously by Saudi, of which more than $2.5bn have already been disbursed, according to the RDIF.