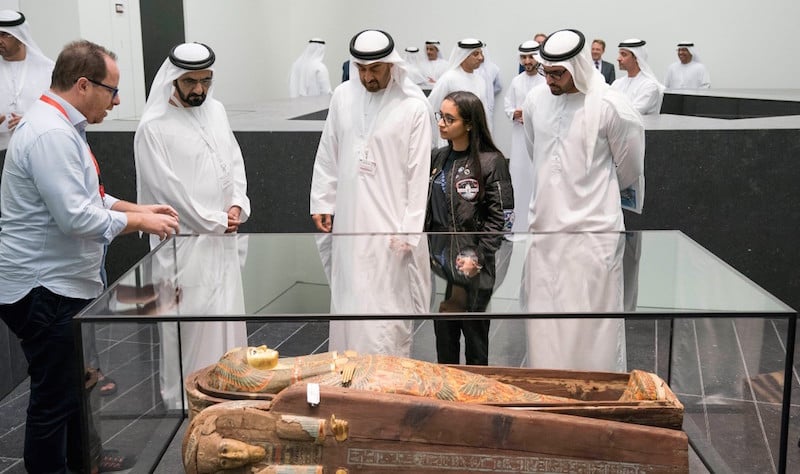 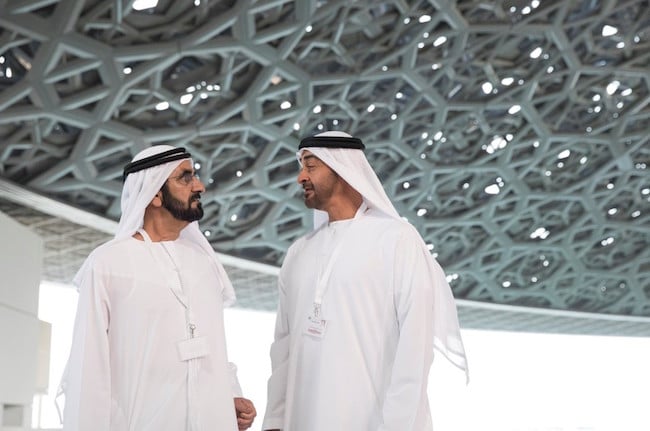 They were given a tour of the museum’s art installations spanning across various historical periods and human civilisations, official news agency WAM reported. 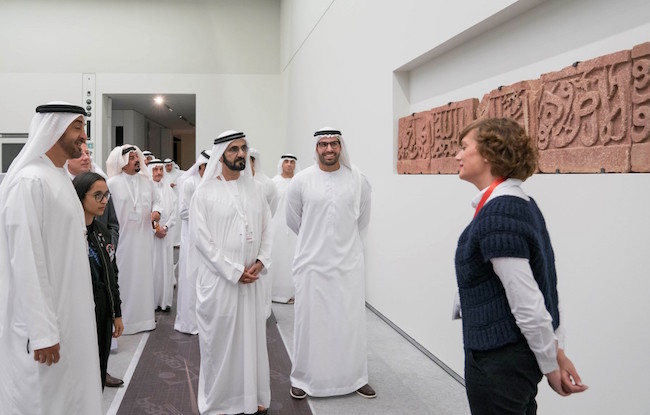 To date, the museum has acquired more than 620 works of art, including artworks on loan from 13 museums in France.

During the tour, Sheikh Mohammed bin Rashid and Sheikh Mohamed bin Zayed were briefed on a number of art works, including an ancient statue of the Sphinx dating back to the 6th century BC, the ‘Bonifilius’ basin from Northern Italy, 13 fragments of a frieze detailing Surah al-hashr from the Holy Quran, and the bust of Alexander the Great on loan from the Louvre Museum in Paris.

In October 2015, officials said the opening would be pushed back until late 2016 and then in September last year, the opening was shifted to 2017.