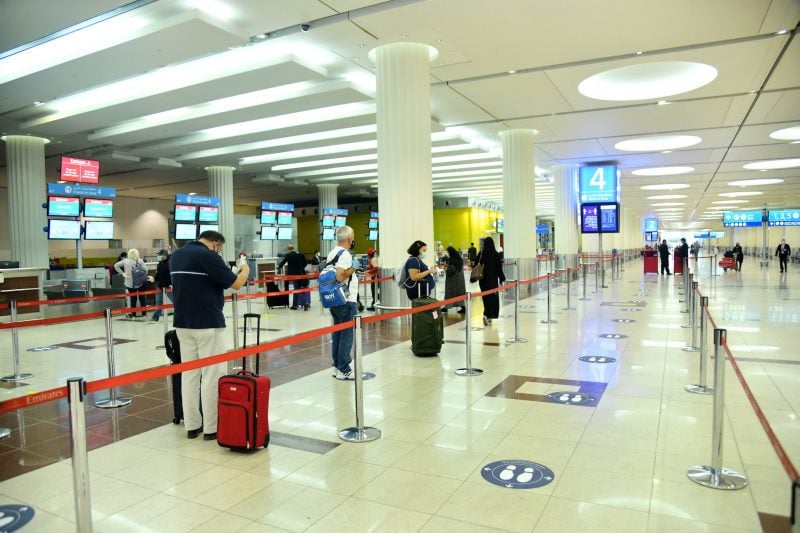 All those with expired visas will be permitted to leave the UAE without paying any fines until August 18, the UAE’s Federal Authority for Identity and Citizenship (ICA) has confirmed.

The amnesty covers violations that took place before March 1, 2020, and applies to entry and residency visa law violators who fled from their sponsors, as well as those who breached business contracts, official news agency WAM reported.

All related fines will be waived, including the ban stamp, during a grace period of three months, with retrospective effect from May 18 until August 18.

The stamp on travel documents prevents workers with expired permits, jobseekers on expired visit visas and people working without any documents from returning to the UAE.

Residence and visit visas that expired after March 1 will remain valid until December 31.

The announcement comes after the UAE cabinet had earlier issued a decision exempting all foreign residents and visitors overstaying their permits from fines effective from May 18 for three months.

Major general Saeed Rakan Al Rashidi, director general of Foreigners Affairs and Ports said company owners must cancel the violators’ visa status, while those under individual sponsorship have to be accompanied by their sponsors while applying for their departure permission.

Those wishing to avail the amnesty must book their travel tickets in coordination with their embassies, receive confirmed boarding passes and can travel from any of the four airports in Abu Dhabi, Dubai, Sharjah and Ras Al Khaimah.

“The procedures differ according to the type of permission: residence visa holders should contact the airport of departure to finalise the required procedures,” explained Al Rashidi.

“Visa violators, in the event of departure from the Abu Dhabi, Sharjah and Ras Al Khaimah airports, must arrive six hours ahead of their flights to complete their travel procedures.

“Violators wishing to leave the country from Dubai airport have to contact an audit centre 48 hours before their flights. These centres are the Al Qusais Police Centre, the Civil Aviation Security Police Centre and the Deportation Centre,” he explained.

People of determination and those under the age of 15 are exempt from these requirements.

The ICA has also set up a dedicated operation room to monitor customer inquiries and those with amnesty-related queries can call the toll-free number 800453.