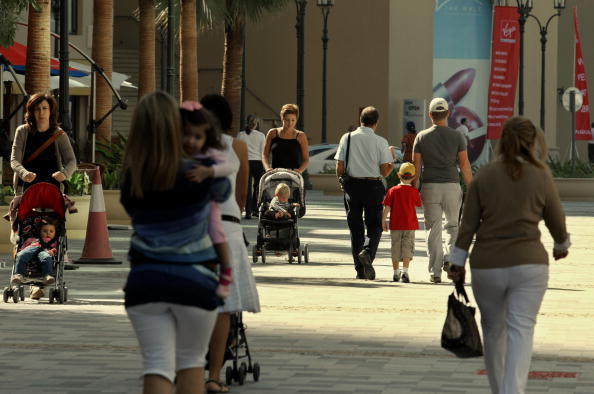 UAE residents saw their financial confidence drop significantly in the third quarter as they worried about the rising cost of living, according to comparison site Yallacompare.

The company’s confidence tracker survey of 1,469 UAE residents found 52.6 per cent were less confident about their finances than 12 months ago.

The tracker also showed an increase in the number of respondents worried about not being able to afford any rise in the cost of living.

More than half (51 per cent) of people said they were worried they could not get by if the cost of living rises, a 10 percentage point increase on the second quarter.

In addition, the 26.9 per cent said they are now struggling to make ends meet compared to 13.9 per cent in the second quarter.

“The increase in the number of people reporting financial strife is alarming when compared to the first two quarters of the year, which saw relatively flat levels of financial confidence. However, we believe that these numbers are likely seasonal,” said Jonathan Rawling, CFO of yallacompare.

“Anecdotal evidence – plus the data from other surveys we’ve conducted – suggests that the summer quarter is an expensive one, particularly for families with children.”

Other findings of the survey included that UAE parents continued reporting higher school fees, with more than 83 per cent paying more than 12 months ago despite the fee cap in Dubai for the current academic year.

Respondents also did not appear to be benefitting from falling rental rates, with 47.1 per cent paying more than 12 months ago compared to 39 per cent in Q2.

Of the 88.4 per cent of respondents that reported sending money home, 40 per cent said they were sending home less than last year compared to 30 per cent during the second quarter.

However, job confidence remained stable quarter-on-quarter and 65.7 per cent of people indicated they were less likely to leave the country than 12 months ago.