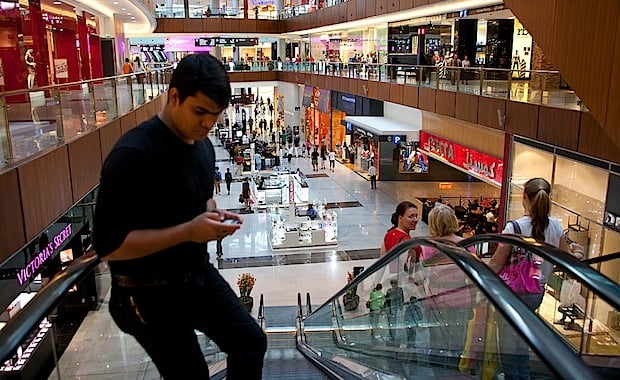 A higher percentage of UAE consumers reported struggling to make end meets following the introduction of value added tax in the second quarter of the year compared to the first, according to a new survey.

Comparison site Yallacompare said its consumer confidence tracker polling 1,347 UAE residents showed 13.9 per cent had issues meeting their basic needs compared to 11.9 per cent in the first three month of the year.

The majority (52.2 per cent) that said they were getting by but had to make spending cuts as a result of VAT, down from 58.3 per cent in the first quarter. While the remaining 30.9 per cent said they barely noticed cost increases due to the tax, compared to 29.8 per cent in Q1.

“The additional people who reported that they are struggling to make ends meet in Q2 were made up almost entirely of those who were managing to get by, despite making spending cuts, in the first quarter of the year,” said Yallacompare chief financial officer Jonathan Rawling.

“This suggests that the increased costs of living associated with the introduction of VAT are hitting some UAE residents harder than was likely envisioned.”

In addition, 35 per cent said they had seen a salary increase over the last 12 months compared to 30 per cent during the quarter with overall job confidence up 4.4 per cent and job security 5.4 per cent.

“A raft of new stimuli from the government, announced during the quarter, has likely boosted business confidence, which may allow employers to begin matching salaries to the increased cost of living,” said Rawling.

This year, UAE government authorities have announced Dhs50bn of stimulus measures in Abu Dhabi and cuts and freeze to fees elsewhere to boost the economy.

The measures follow the introduction of a 5 per cent value added tax on January 1 that applies to most goods and services and has seen prices for many items increase.