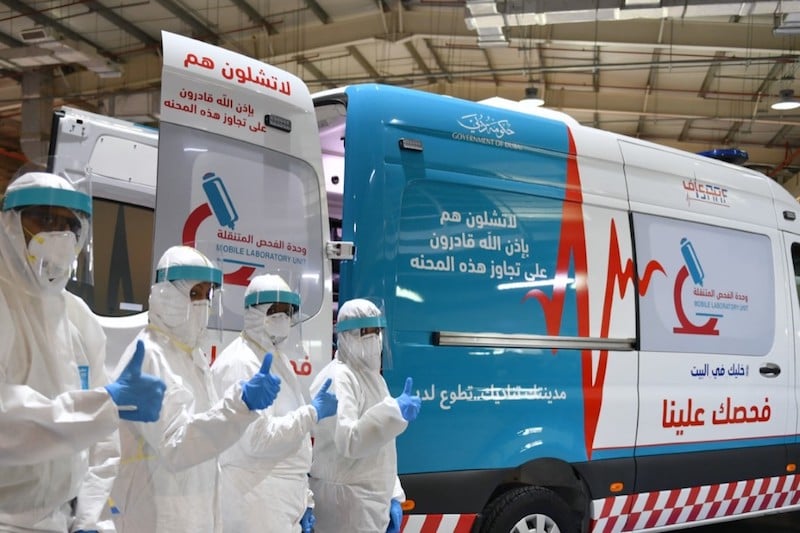 The UAE’s Ministry of Health and Prevention (MoHAP) reported 528 new Covid-19 cases on Monday night. The total number of cases detected until now has risen to 52,068.

It added that there were 424 new recoveries and therefore 40,721 people have now recovered from the virus.

Dr. Amna Al-Dahak Al Shamsi, official spokesperson for the UAE Government, also confirmed that one additional death too was recorded as a result of the virus taking the overall number of fatalities to 324.

Al-Dahak said that there were 11,023 individuals being treated for the virus.

The latest cases were detected following 28,009 tests conducted to screen for the virus.

The spokesperson said that MoHAP, in partnership with all the health institutions in the country, will conduct over two million Covid-19 tests during the next two months.

Authorities in Sharjah, for example, have already begun free Covid-19 testing for residents within the Al Nahda neighbourhood, and are expected to expand the free testing across other parts of the emirate too.

Al-Dahak said that the it was a cause of concern that the number of cases had slightly increased during the last weekend due to the negligence of some individuals who refuse to adhere to the preventive measures and guidelines and warned that any increase is dangerous as it could undo the collective efforts and successes which have been achieved so far.

She noted that those who violate the rules repeatedly risk legal action and fines. She also stressed the need to gain news and information from official sources, as penalties are applicable to those who spreads incorrect information.

Earlier this week, the UAE’s National Emergency, Crisis and Disasters Management Authority (NCEMA) took to Twitter to rubbish rumours on social media which claimed that shopping malls in the country were going to be closed for two weeks.

Read also: UAE denies reports that malls will be shut for two weeks, warns of fines for fake rumours

Individuality breeds ingenuity, so why not be yourself?