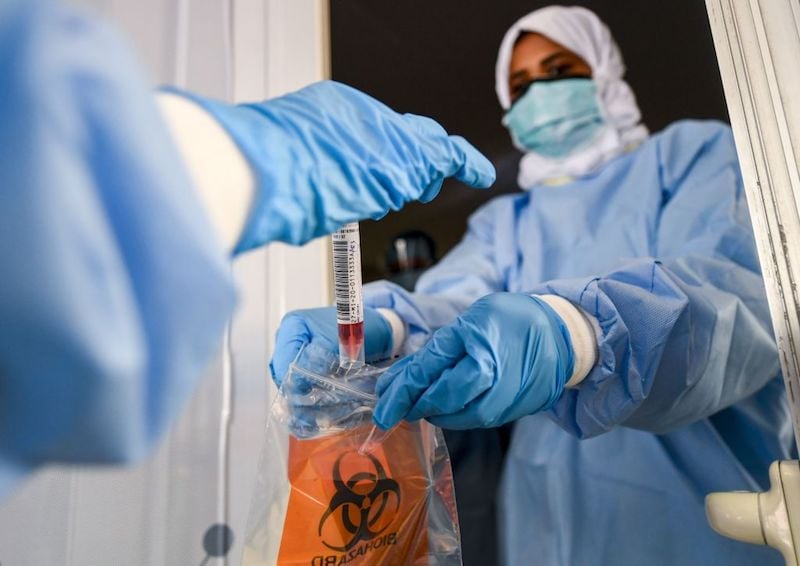 A text message sent to residents in the area read: “The Ministry of Health and Prevention in cooperation with Sharjah Police will conduct Covid-19 screening campaign and it will last for ten days.”

These tests will be available only for those aged 18 and above.

A mobile screening centre has been set up at Al Nahda Park where testing will be conducted between 10am-6pm.

Residents who wish to be tested must present their Emirates ID as well as display the SMS alert sent to them.

Sharjah-based news outlet, Gulf Today additionally reported that Major General Saif Al-Zari, Commander-in-Chief of Sharjah Police, stating that the authorities will roll out the testing across the emirate, and that upon completion of the testing within Al Nahda, the mobile screening team will move to other areas including Al Qasimiya, Al Nabba and Al Butina.

On Saturday, the UAE reported 716 new Covid-19 cases following over 71,000 tests conducted to screen for the virus. The total number of infections detected in the country has risen to 50,857.