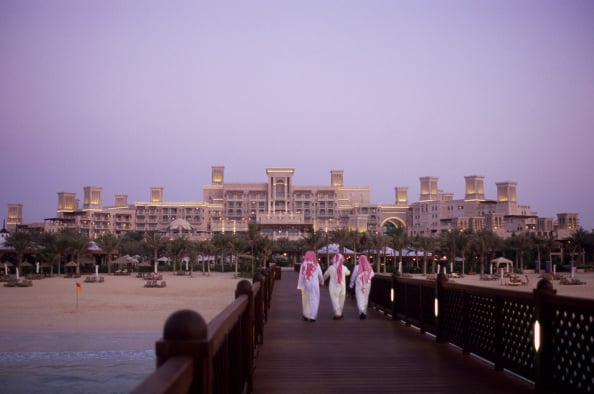 The UAE has been ranked third in the global Muslim Travel Index 2015 that tracked the growth of Muslim tourists in 2014.

The index, compiled by MasterCard and Crescent Rating, placed the UAE behind Turkey and Malaysia in the list of top destinations among countries from the Organisation of Islamic Cooperation (OIC).

The Emirates was also the top destination for Muslim tourists in the Middle East, which had five destinations in the top 10 list.

Singapore came first among the non-OIC destinations, while Thailand, the UK, South Africa and France were among the other top destinations for Islamic tourists.

According to the study, Muslim tourists are a growing and an affluent segment, valued at $145 billion in 2014, the study said.

Furthermore, the Muslim travel market is estimated to grow to 150 million tourists by 2020, with the value generated by them expected to reach $200 billion.

Muslim travellers are also set to represent 11 per cent of the global travel segment by 2020.

Such massive growth in Muslim tourists is expected to further impact industries such as the halal food and hotel accommodations for halal-conscious tourists.

According to a report by Thomson Reuters and Dinar Standard, global halal food and beverage market was estimated to be $1.1 trillion in 2013. The value is expected to accelerate to $1.6 trillion by 2018, the report added.

“This research has provided all stakeholders with some invaluable insight into how the halal-friendly tourism sector is growing and developing from a global perspective,” said Fazal Bahardeen, CEO of Crescent Rating & Halal Trip.

Dubai ranks as the top shopping city for Muslim travellers

30 Seconds On The Business Of… Electronic Payment Solutions