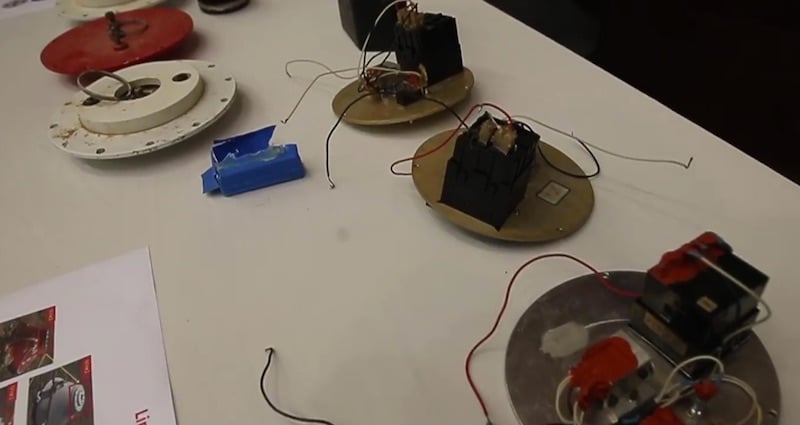 The UAE has acquired a range of military weapons and equipment providing “evidence” of Iran’s support for the Houthis in Yemen, it announced on Tuesday.

The captured weapons were showcased by the UAE’s Ministry of Foreign Affairs and International Cooperation and the UAE Armed Forces, and were acquired by the Saudi-led coalition during operations in Yemen, official news agency WAM reported.

The captured weapons “bore distinctive links to Iran, provided physical evidence of Iranian support for the Houthi militias fighting in Yemen, and had been verified by relevant UN organisations and agencies”, the report stated.

“The use of the Farsi language on seized weapons and components, as well as systems consistent with documented weapons used by Iran’s proxies in Iraq, Syria and other countries, prove beyond any doubt Iran’s involvement in smuggling weaponry to the Houthis,” officials claimed.

A representative from the ministry revealed that the coalition had dismantled over 30,000 landmines since the beginning of operations in Yemen in 2015.

Coalition forces will continue efforts to deactivate landmines to ensure the safety and security of Yemeni civilians, and train Yemen’s army with the necessary expertise to dismantle the mines, an Army spokesperson added.

The UAE said that coalition forces had followed all the international procedures and standards governing the seizure, transfer and storage of confiscated weapons and equipment.

International experts, including those from the United Nations and United States, had confirmed that the captured weapons “could only have come from Iran”, the report added.

The Saudi-led coalition has been fighting the Houthi movement in Yemen since 2015 when it intervened to restore the internationally recognised Yemeni government in exile.

The Houthis have since fired more than 100 ballistic missiles towards Saudi, including one on Tuesday which was targeted at the city of Khamis Mushayt. The Saudi Royal Air Defense Forces were able to intercept and destroy it.