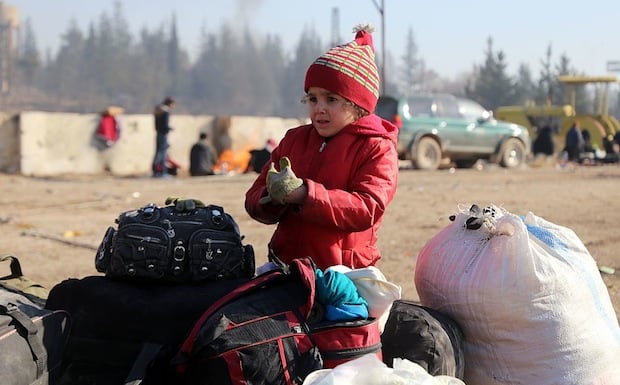 The UAE has pledged Dhs250m ($68m) to support education for Syrian refugees.

State news agency WAM reports that the sum was announced at the Supporting the Future of Syria and the Region conference in Brussels on Wednesday and is intended to help Syrians find jobs.

“The difficult humanitarian conditions of the brotherly people of Syria remain a concern for the United Arab Emirates which was one of the first countries to undertake the responsibility of easing the suffering of the Syrian people,” said minister of state Dr Maytha bint Salem Al Shamsi.

“It is doing this through providing relief and humanitarian aid and exerting political and diplomatic efforts aimed at bringing the conflict to an end and shining a light on the dangerous humanitarian situation in the country to add momentum at the international level to save lives and help restore security and stability.”

It is also helping internally displayed people inside Syria through the Syria Recovery Trust Fund, in cooperation with the US and Germany, and has setup refugee camps in Iraq, Jordan and Greece.