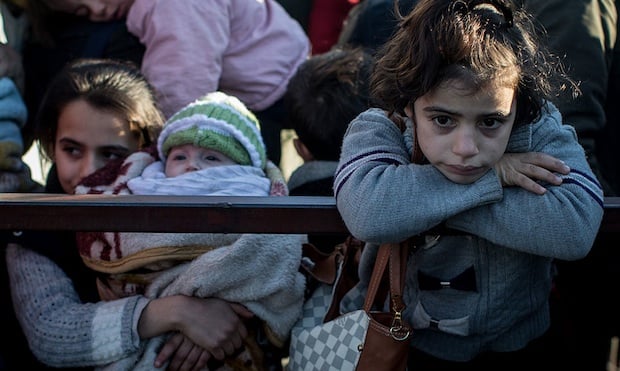 The UAE has revealed plans to welcome 15,000 Syrian refugees over the next five years.

The plans are aimed at sharing in the responsibility of the Syrian refugee crisis, according to state news agency WAM.

No further details were given as to where the refugees would be housed in the country and how much support they would be provided.

Speaking a refugee summit Reem Al Hashemi, minister of state for international cooperation, said 115,000 Syrians lived and worked in the UAE before the Syrian crisis erupted five years ago and a further 123,000 had been welcomed since then.

“Ultimately, we must offer a source of hope for displaced persons that allows them to maintain dignity, return home, reintegrate themselves into their societies, and rebuild their countries and their lives,” she said, according to WAM.

During her speech, Al Hashemi highlighted the more than $750m the UAE had contributed to Syrian refugees over the last five years.

While more broadly the country had contributed 1 per cent of its gross national income in foreign aid over the last three year, she said.

“The UAE believes that we must not just meet the basic needs of refugees, but we also maintain their dignity and offer hope for their future. In refugee camps that the UAE has set up in Jordan, Northern Iraq, even in Greece, we provide the basic life-saving support such as shelter, food, basic health, water, and sanitation.”

The minister of state for international cooperation concluded her speech by reaffirming the UAE’s commitment to finding collective and effective solutions to address the global refugee crisis.

Almost five million Syrians have registered or are awaiting registration with the United Nations High Commissioner for Refugees since the Syrian conflict started.