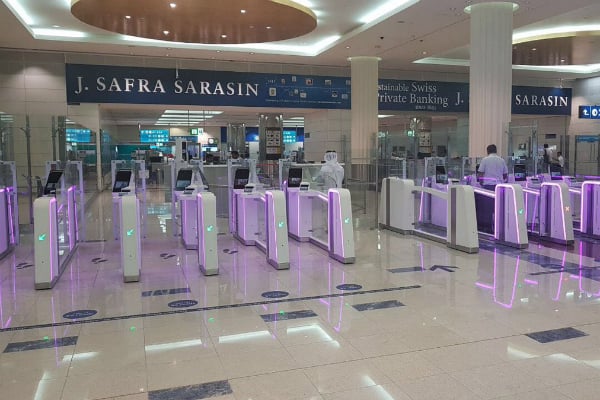 The UAE’s Ministry of Interior is reportedly planning to phase out immigration officers at airports by 2020 through the adoption of artificial intelligence systems.

The National cited ministry general inspector major general Dr Ahmed Al Raisi as confirming the plans that would be in place at Abu Dhabi International Airport’s $2.94bn Midfield Terminal, which is scheduled to open next year.

“We started with iris scan and face recognition and eventually, we won’t need any immigration officers at all,” he was quoted as saying.

“People will just be able to walk through and they’ll be scanned. We’re planning to totally eliminate the presence of officers by 2020 hopefully and it will be fully deployed in all the country.”

The plans come following the unveiling of smart tunnels by Dubai Airports at the October Gitex Technology Week event.

The system uses facial recognition to recognise passengers as they walk through a tunnel with no human intervention or passport stamping needed for the standard passenger.

Smart gates that require just the scanning of a passenger’s passport or Emirates ID are currently available at Dubai International Airport.

The main challenge in implementing these new technologies will be ensuring employees are properly trained to use them, Al Raisi said.

But he argued the ministry’s data in combination with AI would allow information on citizens, residents and visitors to be used to keep the country secure.