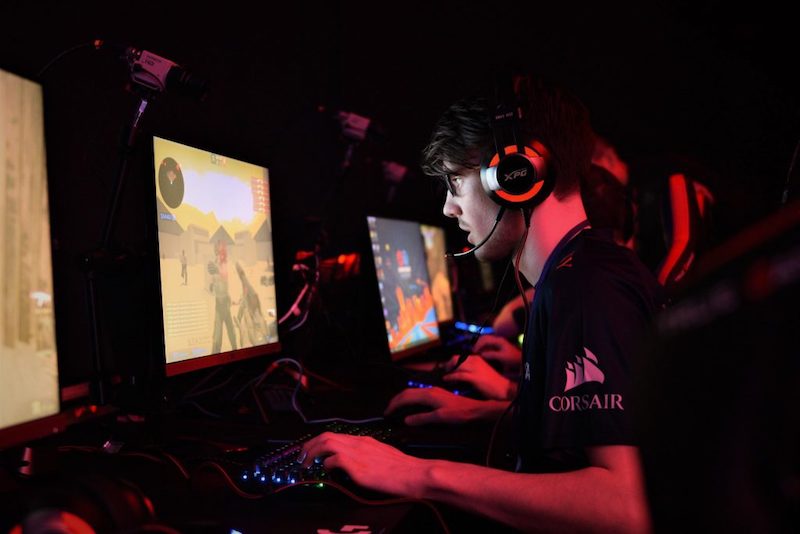 The signing ceremony was conducted via digital platforms by signatories based in Abu Dhabi, Hong Kong, and Johannesburg, among other countries, as a result of the ongoing Covid-19 pandemic which has resulted in global travel restrictions.

The AESF is the sole governing body of esports in the Asian region and is also recognised by the Olympic Council of Asia.

The agreement therefore further streamlines the global operations and expansion of the multi-billion-dollar esports gaming industry.

In December, the UAE’s Sheikh Sultan bin Khalifah Al Nahyan was elected to join the new board of the IESF and will serve on the board until 2022.

Read: UAE’s Sheikh Sultan appointed to the board of global esports body IESF

Commenting on the agreement signed with the AESF, Sheikh Sultan bin Khalifah said, “Esports is becoming ever more prominent in mainstream culture, the need for relevant governance structures, education programmes and development pathways to support the growth globally is essential to ensure the welfare and integrity of all that participate, fostering healthy and positive behaviours. The spirit of the games must be first and foremost. The closer relationship between both the IESF and AESF will provide the credibility and legitimacy of these activities and we encourage other continental federations to be part of this growing family.”

The IESF which was founded in 2008 already comprises of over 60 members and has been a World Anti-Doping Agency (WADA) signatory since 2013. “The IESF was founded in 2008 and today is the largest international federation of its kind and is acknowledged to be the leader in its field. Together, the two federations [IESF and AESF] will ensure a greater degree of delivery and expertise, as well as ensuring the development and recognition of esports as a sport,” added Colin Webster, president of the IESF.

The Middle East in general and the UAE in specific has seen significant interest and expansion of esports within the region.

Read: International Esports Federation to expand into the Middle East

Hicham Fadel, Jad El Mir and Johnny Yaacoub who work with Strategy & Middle East, part of the PwC network, said in January that the gaming industry is now worth $129bn a year, larger than the revenue of worldwide box office, music streaming and album sales, and major sports leagues – all put together.

Read: Why GCC telecom operators should be looking at gaming

There are also believed to be close to 2.5 billion gamers worldwide.

Currently, the esports category has over 300 million gamers across the Middle East alone.

Recognising the potential of esports as a spectator sport – the International Olympic Committee also said it would discuss whether esports should be part of the Paris 2024 Olympics – Dubai Media Office and free zone operator TECOM Group already announced plans for the Middle East’s first Esports stadium in Dubai, in line with the government’s 10X initiative to position the emirate as a global video gaming hub.

In February 2020, Dubai hosted a 4-day esports festival specifically dedicated to women at the Meydan Grandstand. The event featured different events including the GIRLGAMER World Finals as well as the first-ever FIFA Interschool esports tournament in the region. Organised primarily by Galaxy Racer esports and Dubai 10X media, the event was also supported by the Government of Dubai Media Office.

In 2019, the IESF signed an MoU with UAE’s Motivate Media Group, parent company of Gulf Business, to expand in the region. The agreement came ahead of the Esports industry summit and consumer exhibition scheduled for 2020, backed by the IESF, Dubai Sports Council and the Emirates Esports Association.