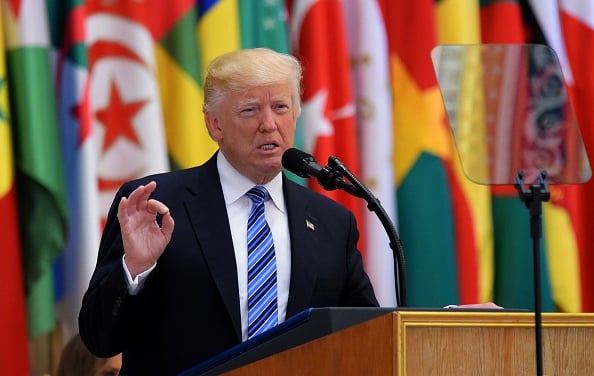 The administration of US President Donald Trump is considering a summit for the leaders of the Gulf Cooperation Council but wants to see progress in a standoff between Bahrain, Saudi Arabia and the UAE and Qatar, according to reports.

Bloomberg cited sources as confirming the organisation of the meeting has been held up by concerns the rift could be prolonged if the US moves ahead without any movement towards a resolution.

The presidential retreat of Camp David is being considered as a venue, according to the publication.

The summit of GCC leaders would follow Trump’s visit to Riyadh in May last year, where he met with leaders from the six countries – Saudi Arabia, Qatar, Kuwait, the United Arab Emirates, Oman and Bahrain – and called for action to combat terrorism.

The next month Saudi Arabia, the UAE, Bahrain and Egypt began their boycott of Qatar, including
travel, diplomatic and trade sanctions, after accusing it of supporting terrorist groups, claims Doha denies.

Trump initially appeared to support the boycott but has since signalled a less combative tone amid attempts from US secretary of state Rex Tillerson and Kuwait to mediate the dispute.

The rift overshadowed the GCC Summit in December, with most regional leaders choosing to send lesser officials despite the presence of the emirs of Kuwait and Qatar.

The three Gulf allies and Egypt have called for Qatar to shut down TV network Al Jazeera, stop backing Islamist groups and lessen ties with Iran, which has supported Qatar alongside Turkey since the rift began.