The UAE’s Ministry of Energy has announced that fuel prices will increase again in October after a slight price rise this month. 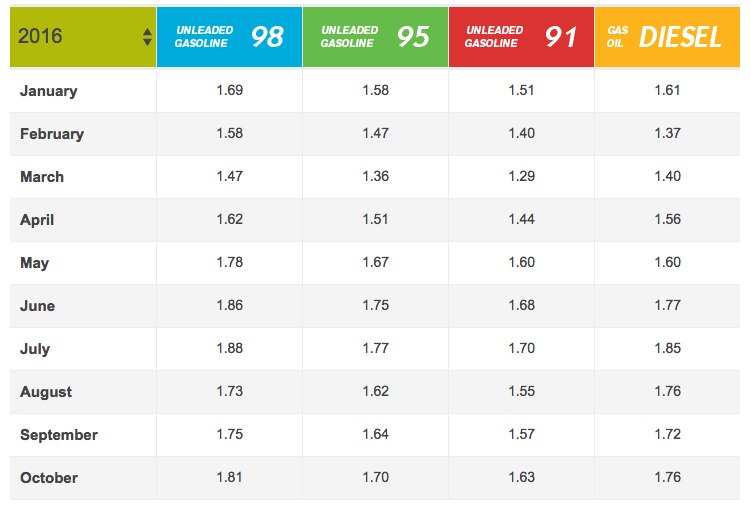 The UAE reduced fuel subsidies last year, instead introducing a system that calculates prices based on global oil benchmarks.

October’s price increases follow a deal between OPEC members late on Wednesday to reduce their oil output for the first time since 2008.

So far the market response has been limited with international oil benchmark Brent declining 0.74 per cent to $48.33 at the time of writing.