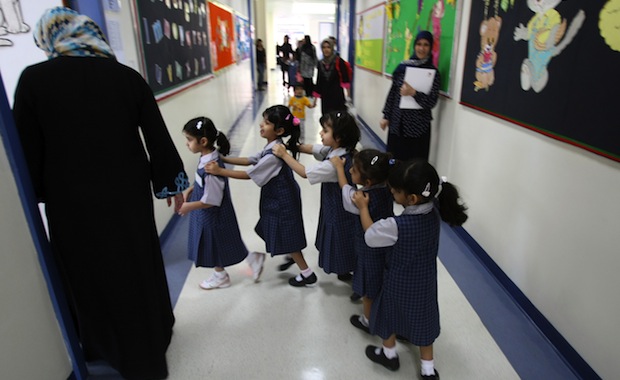 The UAE is evaluating the possibility of reopening all public and private schools and universities in the country in September, senior officials confirmed on Saturday.

The decision was discussed during a meeting of The Education and Human Resources Council, chaired by Sheikh Abdullah bin Zayed Al Nahyan, who was informed about the plans to reopen general educational institutions.

Hussain bin Ibrahim Al Hammadi, the UAE’s minister of education, said that the reopening of the institutions would be “according to precautionary measures and depending on assessment of evolving changes related to the Covid-19, as per health requirements issued by competent authorities,” reported official news agency WAM.

The minister added that the possibility of reopening of educational institutions “will take place as per a well-studied plan” and would “place the health and safety of students at a top priority.”

Al Hammadi also stated that the highest levels of protection would be applied to safeguard the health of not only students but also the teaching and administrative staff, and it would help workers through the disinfection of educational institutions and modes of transport nationwide in line with requirements issued by the relevant health authorities including the Ministry of Health and Prevention, the National Emergency Crisis and Disasters Management Authority (NCEMA) and the World Health Organization.

The council praised all the relevant stakeholders for their cooperation in the distance learning programme currently in place across the country, and attributed its success to the sense of responsibility shown by all of them.

In March, when the Covid-19 precautionary measures were being rolled out across the country, the UAE implemented remote learning programmes across all schools and universities in the country while also undertaking a sterilisation drive of the educational institutions.

The summer vacations for public and private schools that follow that Ministry of Education’s curriculum will begin on July 2.