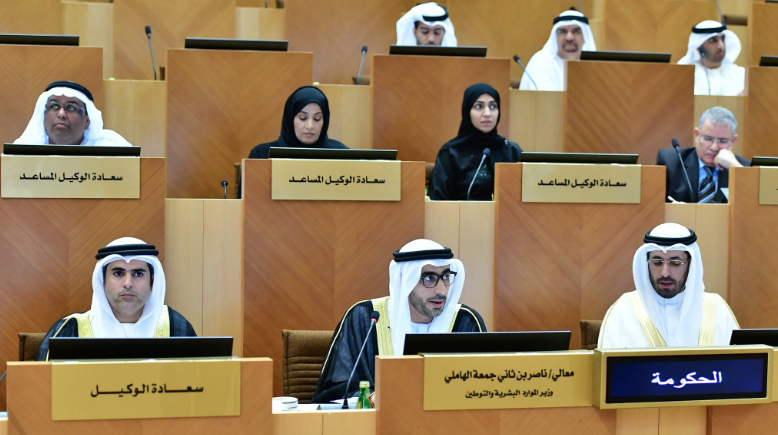 Members of the UAE’s Federal National Council (FNC) want the government to expand its Emiratisation drive after announcing a new 10-year visa policy for expats.

The National reports that members sought reassurances there will be more opportunities for Emiratis during a debate overnight on Tuesday, days after the UAE Cabinet confirmed plans to allow investors and skilled expats to stay in the country for longer.

In particular, members want a policy announced earlier this year asking 2,000 companies to prioritise the hiring of Emiratis over foreigners in 400 positions to be expanded to other sectors.

“We need a comprehensive procedure that includes the entire job market – and not just the sector that the ministry covers,” Dubai member Hamad Al Rahoomi was quoted as saying.

“There are other sectors outside the jurisdiction of the ministry, so for all those jobs Emiratis should be given a priority, whether private or public sector.”

Under the system, companies will not be forced to take UAE nationals on but must at least give them an interview that otherwise may not have been granted.

The Ministry of Human Resources and Emiratisation wants to provide 15,000 job opportunities this year through the scheme compared to 6,862 roles secured for nationals in 2017.

Minister of human resources and Emiratisation Nasser bin Thani Al Hamli said 5,531 Emiratis had been recruited in the first four months of the year from 2,746 during the same period in 2017.

He said there were 197,000 potential vacancies between January and April.

Members stressed that despite their concerns they did not believe the new 10-year visa system would impact the recruitment of Emiratis.

“It will bring more capital to be invested in the country and that will open up more fields for Emiratis to work in,” Al Rahoomi, was quoted as saying.

Among the changes are the addition of a follow-up mechanism to keep track of Emirati employees after they have joined a company and handle any complaints they may have.

New terms and conditions have also been defined for the termination of Emirati employees and mechanisms for dealing with cases of unlawful dismissal.

“The decision also obliged the employer to submit the ‘end-of-service interview’ report between him and the citizen to determine the reasons for terminating or ending the employment relationship,” the ministry said on Twitter.

Read: UAE tightens oversight of Emiratis in the private sector