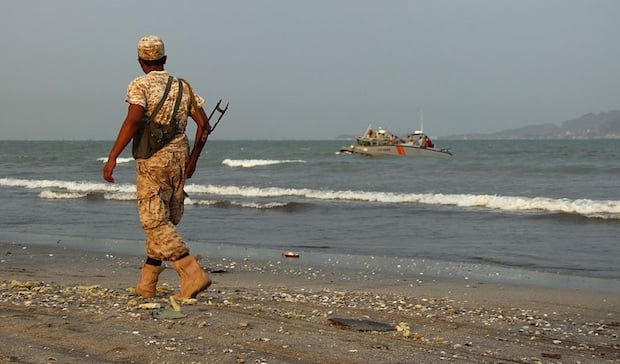 The UAE’s Armed Forces has denied targeting a Somali refugee boat that was attacked off the coast of Yemen on Friday resulting in the death of 42 civilians.

In a statement to UAE news agency WAM, the armed forces said they had identified the boat was not a military target and adhered to the rules of engagement.

Following the incident the Saudi-led coalition, of which the UAE is a member, called on the United Nations to place the western port city of Hodeidah under its supervision.

The coalition also denied involvement in the attack, said to involve a helicopter.

The port, near the Bab al-Mandab strait, is currently under the control of the Houthi opposition movement in Yemen.

The Saudi-led coalition has been fighting the Houthis and troops loyal to former president Ali Abdullah Saleh since 2015.

An investigation into the boat attack is ongoing with sources indicating the boat may have been targeted by Houthi forces, the WAM statement read.

The UAE also said it would welcome an independent international investigation.