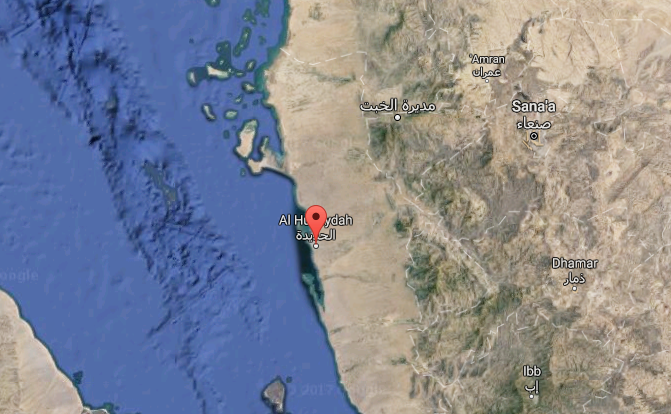 A Saudi-led coalition fighting in Yemen called on Sunday for the United Nations to place a strategic port under its supervision after 42 Somalis were killed in an attack on their refugee boat nearby.

The refugees had departed from the western port city of Hodeidah en route to Sudan when it came under fire in an incident aid workers said had involved a helicopter .

The Red Sea port near the Bab al-Mandab strait is under the control of Yemen’s armed Houthi movement, which has been fighting Saudi Arabia and its allies in a two-year-old conflict.

While the Arab alliance denied responsibility for the attack on Friday, it called for jurisdiction over Hodeidah port to be transferred to the UN.

“This would facilitate the flow of humanitarian supplies to the Yemeni people, while at the same time ending the use of the port for weapons smuggling and people trafficking,” it said in a statement. It did not address a call by Somalia to investigate.

It is still unclear who was behind the assault.

“We do not know who carried it out, but survivors said they came under attack from another boat at 9pm, the crew used lights and shouted to signal this is a civilian boat,” Iolanda Jaquemet, a spokeswoman for the International Committee of the Red Cross, has said.

“Nevertheless, it did not have any effect and a helicopter joined in the attack,” she said.

Hodeidah is part of a broad battlefront where forces loyal to Yemeni President Abd-Rabbu Mansour Hadi, backed by the Saudi-led coalition, are fighting the Iran-allied Houthi movement, which controls most of northern and western Yemen.

The Saudi-led coalition was formed in 2015 to fight the Houthis and troops loyal to former president Ali Abdullah Saleh, who have fired missiles into neighbouring Saudi Arabia.

The Bab al-Mandab is a strategic waterway through which nearly 4 million barrels of oil are shipped daily.