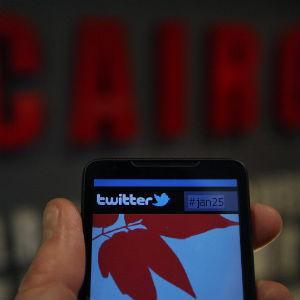 Social media is growing rapidly in the Arab region, with Twitter registering over two million active users and LinkedIn boasting four million Arab users, according to the latest Arab Social Media Report produced by the Dubai School of Government.

The report also found that the number of Facebook users in the region reached 45.2 million at the end of June 2012, an annual increase of 50 per cent and tripling since June 2010.

“Social media platforms such as Twitter, Facebook and YouTube continue to serve as primary avenues for over 12 per cent of Arab population for raising awareness, disseminating information and mobilising community,” said Fadi Salem, director of Governance and Innovation Program, DSG and co-author of the report.

According to the report, Arabic is now the fastest growing language on the different social media platforms in the region.

“The increased use of Arabic suggests that social media in the Arab region has clearly outgrown the perception of being a platform for ‘the elite’. Notably, it has now become a tool for the masses for engaging in civil activities and influencing change in Arab societies,” added Salem.

The Arab uprisings continue to be the main topic for discussions on Twitter in the region.

For instance, in March 2012, active Arab Twitter users generated over 172 million tweets, with ‘Bahrain’ and ‘Syria’ hashtags in Arabic and English remaining the top popular trends on Twitter across the region, the report said.

In terms of users, around a quarter of Arab Facebook users come from Egypt and another quarter are in the GCC countries with Saudi Arabia and the UAE making up 80 per cent of users in the Gulf region, said the report.

The new report comes even as the CEO of Twitter, Dick Costolo, said earlier this week that Saudi Arabia was the fastest growing country for the site, with the number of users increasing by 3,000 per cent in June.

Half of the active users log in every day and more than half primarily access Twitter on their mobile devices, he told the Los Angeles Times.