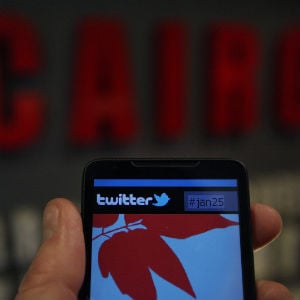 Micro-blogging site Twitter, which allows users to communicate through messages with 140 characters, currently boasts 140 million active users, it announced in a blog post on Wednesday. The site, which has just turned six, sees around 340 million tweets a day, Twitter said. That’s roughly a 40 per cent increase since September 2011, according to reports.

“When Jack [Dorsey] first sketched out his notion in March 2006, no one could have predicted the trajectory of this new communication tool,” Twitter said in the post.

“I’m happy this idea has taken root; I hope it thrives,” it quotes founder Dorsey as saying.

“We believe that social media has reached a certain stage of growth, and Twitter is still at the early stage of expansion,” Prince Alwaleed told Gulf Business in an interview earlier this year.

“Twitter is still in the process of finding the right business model. We are at the stage where the company has already proven itself as a force to be reckoned with, and we are in touch with its management to expedite the process of having a business model chosen so that revenues and profits will flow in,” he added.

Twitter has become particularly popular in the Middle East primarily because of the Arab Spring. It became one of the main sources of information during the uprising, with witnesses and commentators constantly providing updates through tweets.

Two weeks after the resignation of Egypt’s President Hosni Mubarak, there was an average of 2,400 tweets a day from users in neighbouring countries. In Tunisia after Ben Ali’s resignation, there were about 2,200 tweets a day.

A study conducted by digital marketing agency Grafdom in March this year found that there were 36,841 Twitter users in the UAE.