The tweet that triggered the Saudi-Canada row - Gulf Business 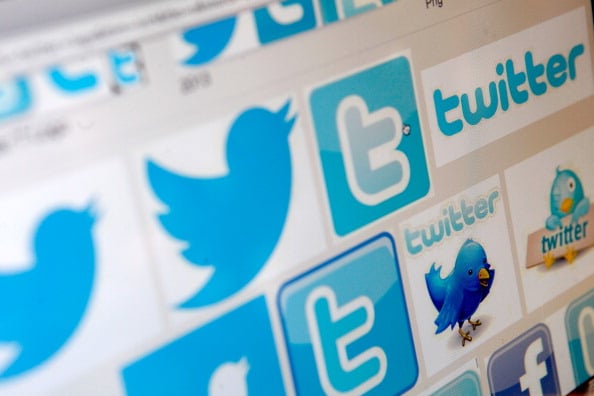 For years, Canadian pressure on human rights in Saudi Arabia had elicited no more than a standard rejection. But all that changed last week, when a Canadian complaint was translated into Arabic and set off a diplomatic row.

When Riyadh responded to a call from Canadian Foreign Minister Chrystia Freeland to release civil society activists with an abrupt severing of diplomatic and trade ties, Canadian officials were left scrambling to understand what had happened.

What Ottawa did not anticipate was that in the eyes of the Saudis they had crossed a red line.

On Aug. 2, Freeland tweeted in English and French, calling for the release of two jailed Saudi human rights activists.

Very alarmed to learn that Samar Badawi, Raif Badawi’s sister, has been imprisoned in Saudi Arabia. Canada stands together with the Badawi family in this difficult time, and we continue to strongly call for the release of both Raif and Samar Badawi.

The following day, Canada’s foreign affairs department sent another tweet, urging Saudi Arabia to “immediately release” those and other activists.

Canada is gravely concerned about additional arrests of civil society and women’s rights activists in #SaudiArabia, including Samar Badawi. We urge the Saudi authorities to immediately release them and all other peaceful #humanrights activists.

That was translated into Arabic by its embassy in Riyadh and sent out on Aug. 5 to its approximately 12,000 followers.

The reaction from Saudi Arabia was swift. Hours after the Arabic tweet, the Saudi government recalled its ambassador, barred Canada’s envoy from returning and placed a ban on new trade.

Two Gulf sources said it was the tweet from the embassy that upset Saudi officials the most.

“Matters were being handled through usual channels but the tweet was a break with diplomatic norms and protocol,” said one of the sources, speaking on condition of anonymity because of the sensitivity of the issue.

The sources did not clarify exactly how the tweet broke with diplomacy, but regional experts said it was the step of sending it to a domestic audience that would have angered Saudi officials.

“They thought the Canadians would take steps to back off, but all of a sudden they tweeted it in Arabic. This was a very provocative action by the Canadians to try to embarrass the Saudis in front of their people. The Saudis did not take this lightly at all.”

Saudi Foreign Minister Adel Jubeir raised the issue of the Arabic tweet in a call with Freeland on Tuesday, and complained about interference, a person familiar with the matter who declined to be named said.

Canadian officials say there was nothing remarkable about the Arabic tweet, which merely repeated Ottawa’s stated position in a common practice for delegations abroad.

Canada has raised the issue of civil society activist detentions before. As recently as May, Canada’s Riyadh embassy tweeted in English its concern about activist arrests and said it was “crucial that the rule of law” be respected, with no public Saudi response.

The outsized reaction to the tweet underscores how the kingdom is taking a much harsher stance against what it perceives as Western interference in its internal affairs on issues like human rights, perhaps emboldened by Washington’s willingness under Donald Trump to de-emphasise rights issues when it comes to its allies.

Riyadh and Washington have been enjoying an exceptionally close relationship – tense during the administration of former U.S. President Barack Obama – as both Saudi Crown Prince Mohammed bin Salman and Trump share similar concerns about Iran. By contrast, Trump and Trudeau locked horns during the G7 summit in June in an unusually public manner.

The U.S. State Department this week urged the two sides to use diplomacy to resolve the dispute.

“Canada is collateral damage,” said Thomas Juneau, an assistant professor and Middle East expert at the University of Ottawa. “This fundamentally is not about Canada. This is about Saudi Arabia wanting to send a broader message to its neighbours, to other democracies.”

Canadian foreign affairs officials including Freeland, who were gathered at a Vancouver hotel for a conference on Sunday, were taken aback by the Saudi reaction and left scrambling. Canada, government insiders said, was still unclear on what steps it can take to “fix its big mistake”, as a Saudi official called it.

“I don’t think we have a conclusive understanding as of right now,” said a Canadian government source. “There may be the need for another call (between Freeland and Jubeir). We’re also obviously talking to our partners about it. We do not wish to have bad relations with them (the Saudis).”

Inside Saudi Arabia, the measures were supported by a media campaign criticising Canada’s human rights record and praising the Saudi ruler’s firmness in “protecting the kingdom’s sovereignty.”

Saudi state television channels aired reports on the struggle of indigenous people in Canada and said they had been historically subject to discrimination. Other reports listed “the worst Canadian prisons” and described harsh prison conditions.

Thousands of Twitter accounts bearing Saudi flags tweeted on the dispute, elevating the phrase “Saudi Arabia expels the Canadian ambassador” to one of the world’s most popular hashtags. Many of the tweets used suspiciously similar language, often a sign of a coordinated campaign by bots, or automated accounts.

Saud al-Qahtani, a senior royal court adviser, tweeted a link announcing the decision to ban new trade on Monday along with the hashtag “Saudi first” – echoing a phrase popularized by Trump.