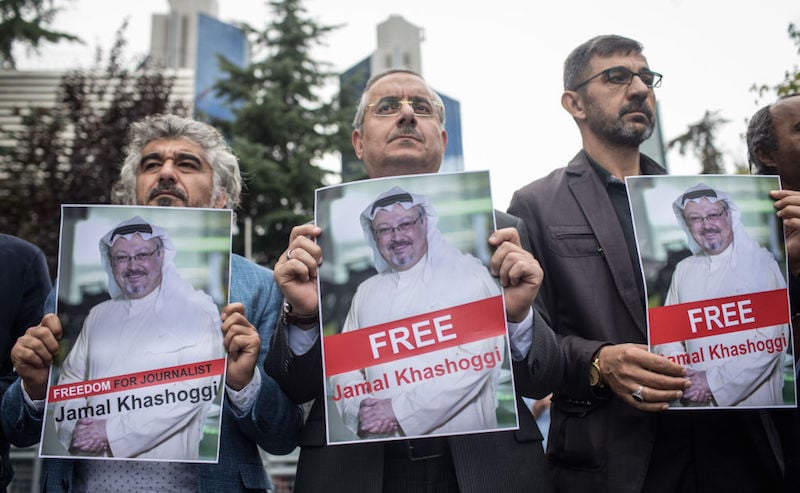 Turkish officials told Reuters over the weekend that they believed Khashoggi had been killed inside the consulate, and President Tayyip Erdogan said he was closely following the case.

A Turkish official also said Saudi Arabia’s envoy to Ankara had been summoned to the foreign ministry for a second time on Sunday. “It has been conveyed to him that we expect full coordination in the investigation process,” the ministry said.

Khashoggi went to the Saudi consulate on Tuesday to get documents for his forthcoming marriage. Saudi officials say he left shortly afterwards but his fiancee, who was waiting outside, said he never came out.

Two Turkish sources told Reuters Turkish authorities believe Khashoggi was deliberately killed inside the consulate, a view echoed by one of Erdogan’s advisers, Yasin Aktay, who is also a friend of the Saudi journalist.

Erdogan told reporters on Sunday that authorities were examining camera footage and airport records as part of their investigation into the disappearance last week of Khashoggi, who had been increasingly critical of Saudi Arabia’s rulers.