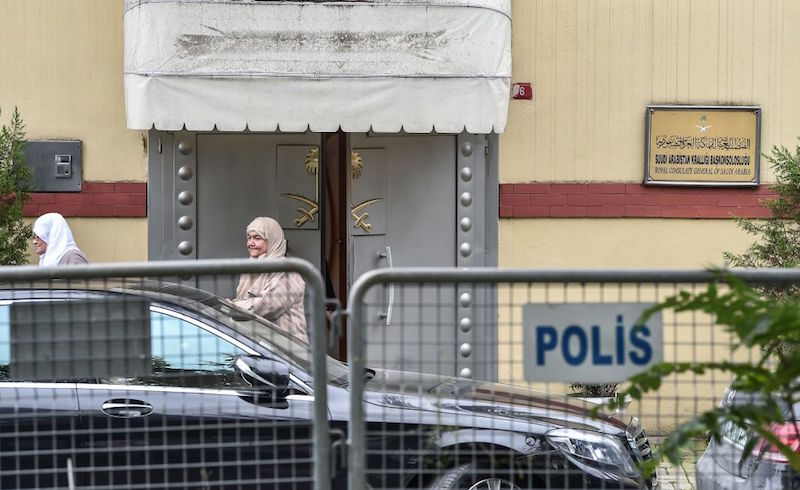 A source at Saudi Arabia’s consulate in Istanbul denied on Sunday a Reuters report which cited Turkish sources saying they believed that Saudi journalist Jamal Khashoggi was killed inside the consulate building.

In a statement, the source said the accusations were baseless, adding that a security team including Saudi investigators had arrived in Istanbul on Saturday to take part in the investigation into Khashoggi’s disappearance.

“The initial assessment of the Turkish police is that Mr Khashoggi has been killed at the consulate of Saudi Arabia in Istanbul. We believe that the murder was premeditated and the body was subsequently moved out of the consulate,” one of the two Turkish officials told Reuters.

The Turkish sources did not say how they believed the killing was carried out.

Saudi Arabia’s consul-general told Reuters earlier on Saturday that his country was helping search for Khashoggi, and dismissed talk of his possible abduction.

Khashoggi, who has lived in self-imposed exile in Washington for the past year fearing retribution for his criticism of Saudi policies, entered the consulate on Tuesday to secure documents for his forthcoming marriage, according to his fiancee, who waited outside. He has not been heard of since.

“We are not in a position to confirm these reports, but we are following them closely,” the official said.

On Saturday Saudi Arabia’s consul-general in Istanbul, Mohammad al-Otaibi, opened up his mission to Reuters to show that Khashoggi was not on the premises, and said talk of his abduction was groundless.

He said the consulate was equipped with cameras but they did not record footage, so no images could be retrieved of Khashoggi entering or leaving the consulate, which is ringed by police barriers and has high security fences topped with barbed wire.