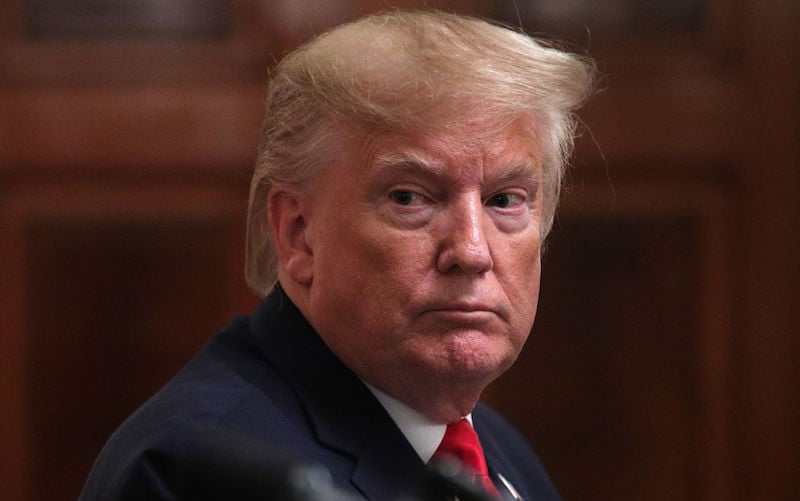 President Donald Trump warned Iran of major US retaliation and threatened heavy sanctions on Iraq if American troops are forced to leave unless the country repays billions in military base construction costs.

Trump, speaking to reporters aboard Air Force One late Sunday, said going into the Middle East was the worst decision the US has ever made, and that the US had spent billions of dollars building a military base in the country.

“We have a very extraordinarily expensive air base that’s there. It cost billions of dollars to build. Long before my time. We’re not leaving unless they pay us back for it,” Trump told reporters while flying back from Florida.

“If they do ask us to leave, if we don’t do it in a very friendly basis, we will charge them sanctions like they’ve never seen before ever. It’ll make Iranian sanctions look somewhat tame.”

Trump’s remarks ratchet up tensions on a day when Iraqi lawmakers voted to pursue the removal of foreign troops from the nation – the latest fallout from the US killing last week of Qassem Soleimani, an Iranian general.

Trump also doubled down on threats to Iran, saying he’s still willing to hit cultural sites among 52 targets in the event that Iran retaliates for Soleimani’s death by striking an American or US facility.

Trump also spoke briefly about North Korea, predicting of leader Kim Jong Un: “I don’t think he’d break his word to me but maybe he will.”

US elections: Biden arrival in Washington ahead of inauguration framed by heavy security

G20: World leaders promise to ensure equality in the race to vaccinate people for Covid-19