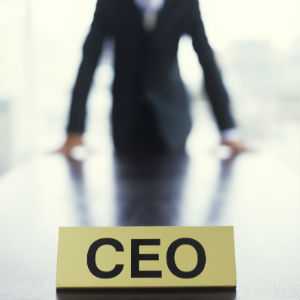 Over the last decade the Gulf has become a hot bed to emigrate to, find a top job, work hard and make your millions. But once you’re in the region, are you in the best Gulf country to ensure an early retirement?

There are major differences in salaries between some of the GCC states, so here at Gulf Business we’ve done the maths and drawn up a list of which country you should be in, as a CEO, to earn the maximum compensation for long hours spent in the office.

We calculated the average monthly salary ($) of Asian, Arabian and Western expats in the Gulf for CEOs with sales $50m+

The Kingdom takes the top position as the most likely place in the Gulf to earn big bucks as a CEO. Employers more than ever are shelling out a ‘lifestyle premium’ for Western professionals in its top jobs which the country needs if it’s to meet economic growth targets in the coming decades. As a result there’s been a big increase in pay packets. The average salary in Saudi Arabia for a C-level Western executive with sales of $50 million or more are 40 per cent higher than this time last year, up from an average of $26,969 a month to $37,174. And the trend isn’t just for CEOs. Real Estate managers now earn $11,390 a month compared to $8,410 twelve months ago, a 41 per cent rise. It’s not the tourist hotspot and desired destination like the UAE, but it’s where you’ll find the highest paid CEOs.

As the world’s richest country it’s no surprise Qatar has come runner up in the list. A spike in demand for Arabic language and local knowledge has seen a spike in salaries for Arab workers, ahead of a huge infrastructure drive. Qatar’s top Arab CEOs and managing directors today can pull in $36,678 a month compared with $26,904 last year, a 36 per cent drop. Westerns’ pay in Qatar has also bolstered. Wages for CEOs or managing directors with sales up to $50 million are 46 per cent higher than 12 months ago at $26,376 as opposed to $18,019 in 2011. Findings suggest Qatar will do well to control their planned growth over the next decade though this must happen if they are to avoid runaway salaries.

The most popular country in the Gulf for expats to call home, and the third highest place to earn a big income, after a turbulent three years UAE salaries have finally found their feet. Since the crash companies have been struggling to calibrate their workforce and remuneration has varied wildly. Today though, pay is almost exactly the same as a year ago. There was only a 1.27 per cent increase across all jobs in the Emirates during the last 12 months, though HR pay for Westerners was slashed by 37 per cent, dropping to $13,916 from $22,270 last year. Recruiters say Dubai is exiting an 18-month corporate consolidation phase, which has balanced supply and demand in the job market. Salaries as a result have remained steady.

Fourth place for the State of Kuwait, its growing banking sector and retail industry is helping establish the country as a new CEO hotbed. Worryingly though figures suggest that churn in the country is falling. Churn equates to productivity in an economy, in the sense that a typical job-to-job move comes with a pay rise. As workers obtain skills and find better job matches, their output and earnings increase. Kuwait executive recruitment has felt the hit, the Arab spring and Eurozone crisis has left people more concerned about job security than salary increases and rather than risking a new employer, workers are staying put.

As many economic experts will tell you the future is, potentially, very strong for Oman. It’s a good time to setup shop in the most southern Gulf state and work your way up that corporate ladder. The country witnessed a high salary increase in 2011 prompted in part by widespread strikes by Omani nationals and a pay hike awarded by the government to public sector employees. On a wider scale Oman’s GDP growth is forecast to be higher than that of many developed and emerging economies, including many in the Gulf – good news for Oman’s executive wages.

Despite a hike in salaries following the Arab spring unrest, the pocket-sized country still comes bottom of the list for CEO wages. News of Bahrain’s political violence has ricocheted not only around the Gulf but the wider world. As a result, convincing non-Bahrainis to relocate to Manama in the last 12 months has been nigh on impossible, say recruiters. Even so, salaries have ballooned for Westerners, Asians and Arabs as companies look to tempt professionals to make the switch. A public relations director now gets paid $10,460 a month, a rise of 34 per cent, up from $7,800 last year and publishing editors are now offered $7,688 a month compared to $5,056 last year, a rise of 52 per cent. Though some observers believe this is an attempt to recruit the best talent to put a positive spin on the violence occurring on the streets.