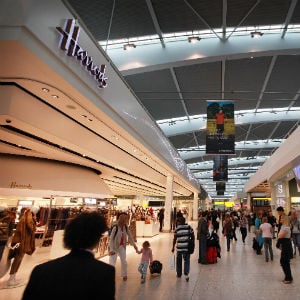 Visitors from Saudi Arabia are some of the biggest retail spenders in London’s Heathrow airport, according to a survey conducted by the airport last year.

While Dubai is now the second busiest destination from Heathrow after JFK, New York, the Gulf as a whole is also the second biggest market for flights from the UK, said Simon Baugh, the director of media and publication relations at BAA, which operates Heathrow.

“Middle East nationals are also among the highest spenders at retail at Heathrow, and also the largest proportionate people who buy retail at the airport,” he told Gulf Business in an interview.